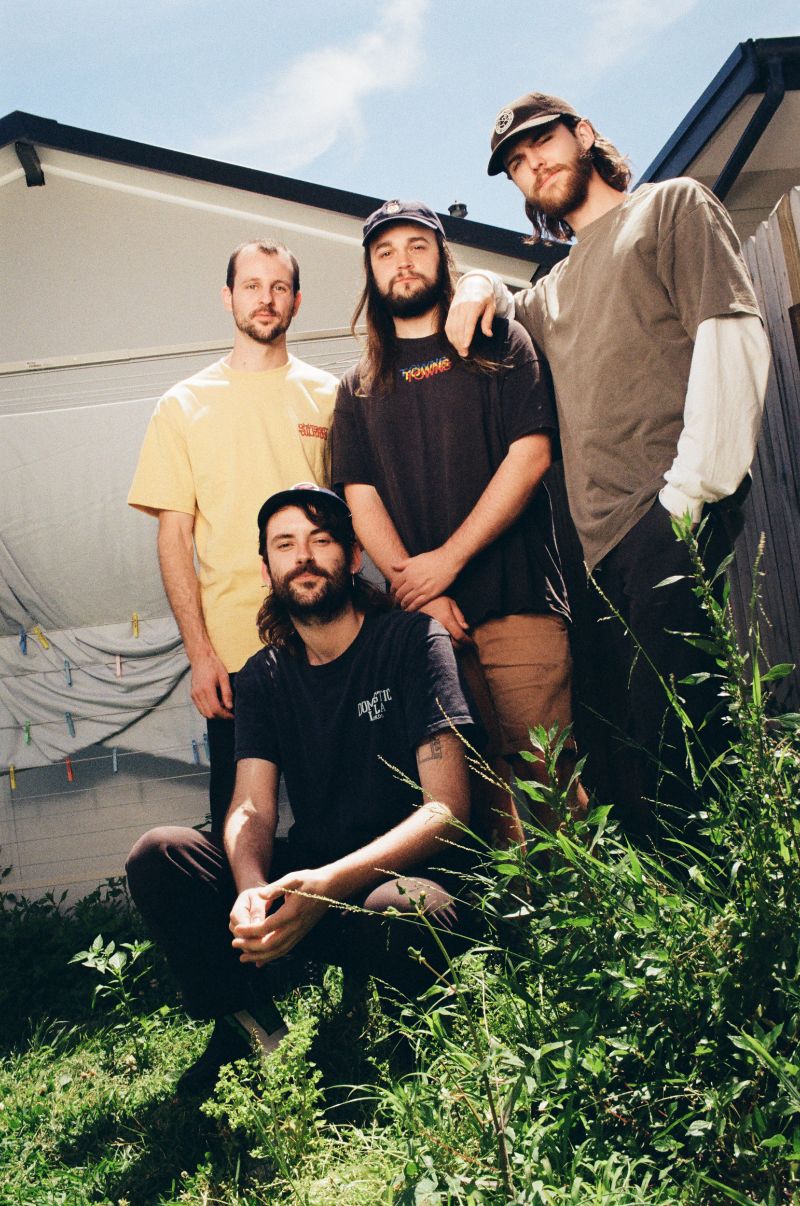 “When I was younger, I never doubted myself. It felt like a had a superpower; like if I set my mind to something and really worked for it, I could somehow always get to where I wanted to be. My brother even used to say that I “walked in the light” because of it. But the last few years have been tough, and I can feel the time slowly chipping away at that confidence. I’ve started to feel the cracks of analysis paralysis creeping in and a tendency to feel like I’ve got nothing left of value to offer.

As a musician or a creative, it’s so easy to feel like what you’re doing doesn’t matter or isn’t worthy of appreciation, or that your love of being creative is consistently clouded by bullshit like social media and the habitual comparison of yourself to others. It happens to everyone and it can make you want to give it all up. But I’ve since learnt that if you stop focussing on the ever-moving goalposts you set for yourself, and take the time to look back at what you’ve really achieved and what you get to spend your time doing as an artist, you’ll see the true value of it all. It’s easy to miss it in the moment, but it’s always there… the passion, the drive, the inspiration, the love, the friendships and the purest form of joy.

Here To Stay dictates my path to that realisation, and the music video acts as a window to it all for others to see what I am referring to. I can’t help but smile when I watch it, because it’s simply us, doing what we love more than anything. I hope you enjoy it as much as we do.”  Brae Fisher explains.

The band have also announced they will be hitting the road for their headline Australian album tour Someday later this year, and joining them are Sydney trio STUMPS, along with Horror My Friend and Sophisticated Dingo.

Someday tour presented by ___ will be happening in September and October 2022, kicking off at Adelaide Lion Arts Factory, then to Perth’s The Rosemount, Queensland’s Brightside, and The iconic Corner Hotel in Melbourne, before heading home to Sydney’s Crowbar in Leichhardt. Tickets can be purchased from the band’s website at dearseattle.com.au

Joining the band on tour as one of the main supports are Sydney trio STUMPS, who released their debut album in December. All Our Friends is a crushing love letter to how our environment shapes us. The band created a unique kind of contemplative dance rock with their debut. One that would have people swinging from the rafters just as soon as they’re done having an existential crisis. STUMPS have built a loyal fanbase, winning audiences over nationally via their headline shows, festival slots and are no strangers to touring with their friends, Dear Seattle.

Smashing through the block of Australia’s indie scene in 2016, Horror My Friend are the chaotic band that represent heavy-hitting energy and bursting energy at the seams of every release. With their seminal album debut Stay In, Do Nothing, the defining sound of Adelaide‘s Horror My Friend has become unmistakable. The band have toured nationally and internationally with Hockey Dad and DZ Deathrays. As well as Gyroscope, The Cribs (UK), Die! Die! Die! (NZ) and Pity Sex (USA). All alongside tours of the UK/Europe and Canada, including dates at Groezrock and The Great Escape.

Sophisticated Dingo are an endearing and unstoppable Melbourne duo consisting of best mates Jimmy and Lew, who draw on personal experiences and relationships to coin their own brand of nostalgic, hook-driven, and roaring “trash pop”. With an abundance of live shows, performing to four sold out Corner Hotel crowds in support of Press Club and Beddy Rays respectively, as well as selling out their own headline shows at The Tote and The Leadbeater, alongside a national co-headline tour with Raised As Wolves.

Joining the band on tour as one of the main supports are Sydney trio STUMPS, who released their debut album in 2021  All Our Friends, in a crushing love letter to how our environment shapes us, building a loyal fanbase and winning audiences over nationally via their headline shows and festival slots. Similarly, smashing through the block of Australia’s indie scene in 2016, Horror My Friend are the band that represents heavy-hitting energy, particularly with their seminal album debut Stay In, Do Nothing. The band have toured nationally and internationally with Hockey Dad and DZ Deathrays, Gyroscope, The Cribs (UK), Die! Die! Die! (NZ) and Pity Sex (USA). Joining the big talents are the duo behind Sophisticated Dingo,  Jimmy and Lew  unstoppable Melbourne duo consisting of best mates, who draw on personal experiences and relationships to coin their own brand of nostalgic, hook-driven, and roaring “trash pop”

To the overly self-critical and analytical parts of us all, Someday is Dear Seattle‘s message of understanding and reassurance. It’s sent with the hope that connecting with its lyrics might just make the trek easier for someone else.


Album “Someday” is out now via Lala Domestic.