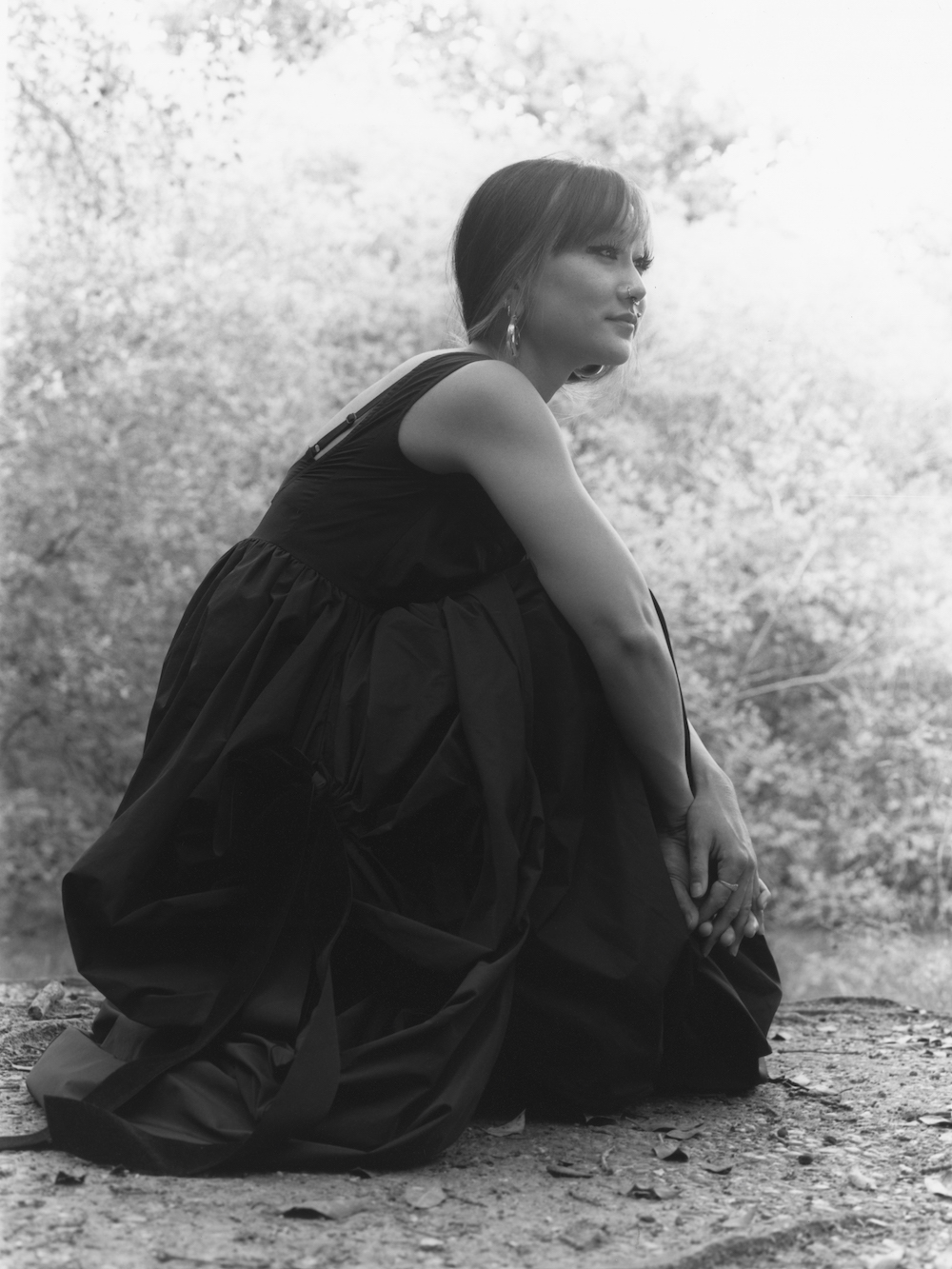 ‘a journey…’ saw Omori experimenting with the physical and psychological effects of different frequencies, meditating on healing and soothing sounds and taking inspiration from the Japanese practice of shinrin-yoku, or forest-bathing. On ‘a journey with friends…’, the tracks offered a new perspective from Patricia Wolf, Matt Robertson, Akiko Haruna, Foodman and Coby Sey, as well as one track re-worked by Hinako herself. Speaking on the collaborations, she comments: “I am very happy and honoured to collaborate with close friends and favourite artists, and hearing reimagined versions of the album tracks being taken on an entirely new journey has been magical.”

Along with today’s announcement, Hinako has shared a first single from the album in which Brighton-based artist Akiko Haruna gives the gentle stand-out single “The Richest Garden in your Memory“ a brittle and layered new take. Akiko comments on the rework, saying: “To me, the human voice is an incredible transmitter of musical and sentimental information, especially given my fascination with its properties in communication and individual perception, where my production finds its heart. I wanted to use my voice to provide my interpretation of the song by equipping it with a new instrument that I could work most comfortably with to articulate my emotional response to the track, while also personally embodying Hinako’s performance on the track, which was an exhilarating experience upon first listen.”

More about Akiko Haruna:
Brighton’s Akiko Haruna is a sound designer and audiovisual artist, constructing experimental sound and vision for the moving image. Over the past few years, she’s shaped a background in experimental choreography and audiovisual art into a holistic practice. In the lineage of SOPHIE and PC Music, production, composition, vocal performance and movement form the basis of Haruna’s exploratory club pop. Her ‘Be Little Me’ EP was released last November on Numbers.

More about Hinako Omori:
Hinako Omori began realising her own creative visions as a solo artist four years ago, beginning with the transportive 12″ single ‘Voyage’ (May 2019). This was shortly followed up with EP ‘Auraelia’ (Nov 2019), which was inspired by a period in which she experienced intense migraines that were accompanied by auras and other visual distortions.

Omori is a composer who thinks deeply about her music, and provides generously to her listeners. Born in Yokohama, Japan, she moved to the UK when she was three years old and lives in London. She began her musical path learning classical piano, later training as a sound engineer, and has since moved into working with analogue synths (on ‘a journey…’ she uses a Prophet 08 and Moog Matriarch). Previous to releasing her own solo material she toured with and played on records by a raft of critically acclaimed musicians, including Kae Tempest, Georgia, and EOB, among many others, but it is her work in sound engineering that provides the bedrock of skills that manifest her vision for ‘a journey…’, articulating a whole world in binaural field recordings, analogue synthesisers and augmented vocals.

Bringing together therapeutic frequencies, forest bathing, and binaural sound, ‘a journey…’ combines inner healing and natural landscapes into in an immersive cartography of the mind in delicate electronics. The album progresses not track by track but as a continuous journey; a stream of consciousness tracing hills and valleys with the warmth of analogue synthesis and Omori’s voice always close at hand. It is an album with a spirit and awareness, that invites us to create a home within its sonic architectures, to find moments of peace amid our own cognitive distortions.