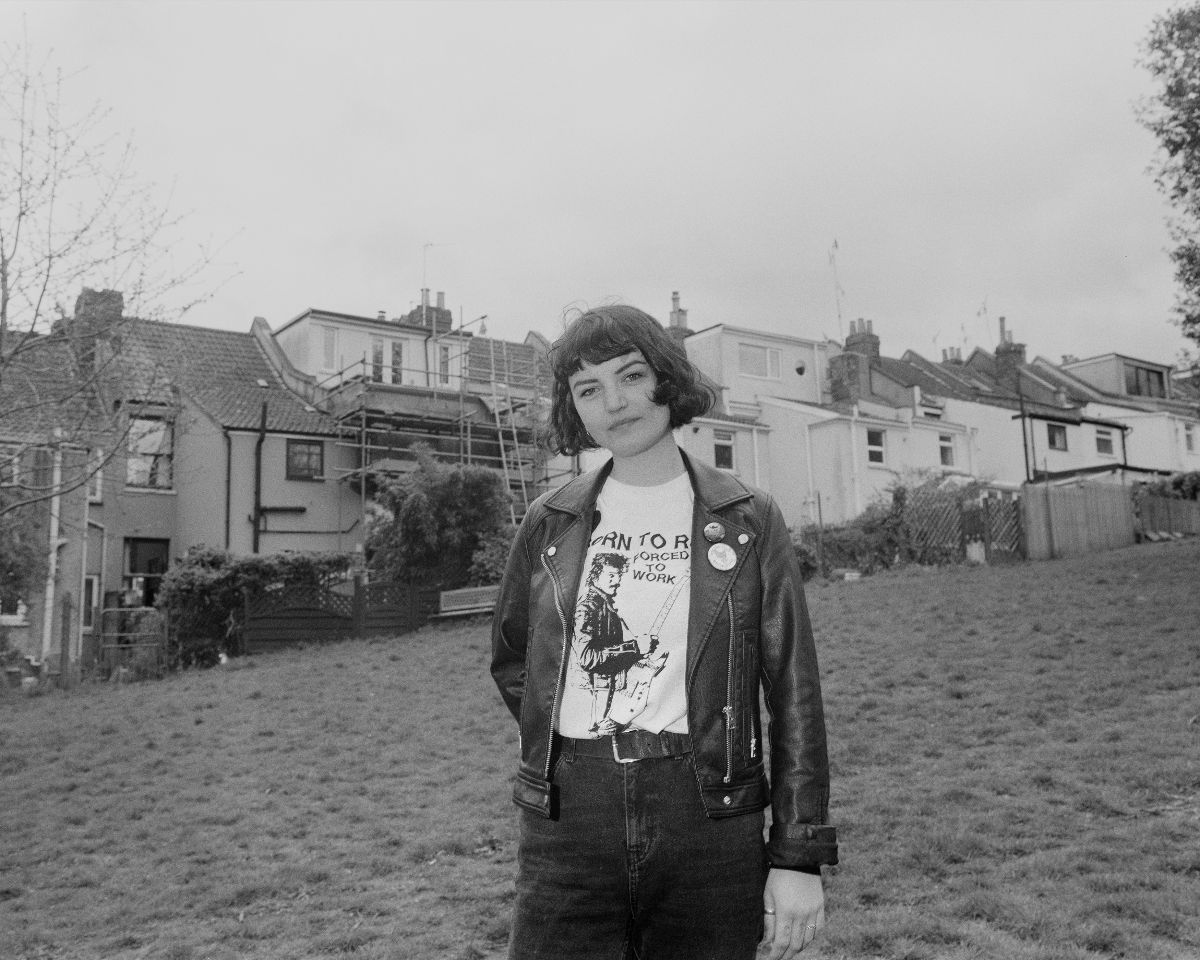 Lande Hekt has announced that her second solo album ‘House Without a View’ will be released 23 September via her new venture Prize Sunflower Records (with Get Better Records doing the honours in North America). The announcement comes alongside the release of its first single ‘Gay Space Cadets’, resolute in its guitar driven and jangly indie rock. Lande says of the alternatively aspirational track: “It’s a daydreaming song about wanting a life of excitement and adventure rather than a dull and ordinary life – one where people underestimate you and belittle you. And where you’re forced to buy into capitalism and become a pathetic, losing player in a game that you hate. I’d rather escape and live in a queer space fantasy and be brave.”

Lande Hekt’s natural state of being is in the writing of a song. Having crafted politically aware, heart-on-sleeve, punchy yet tender, punk-flecked songs with her band Muncie Girls, Lande turned her hand to an even more personal songwriting approach as she embarked on writing a solo record – 2021’s ‘Going to Hell’. The debut full-length documented her experience coming out as gay. It set out her stall as a solo artist with supreme storytelling abilities and a knack for understatedly luminous melodies. Lande’s music sits beautifully alongside such essential artists as The Wedding Present, The Sundays, The Replacements, Sleeper and Sharon Van Etten.

With her debut album barely a year old, 2022 sees Lande armed with a whole new collection of song-form vignettes and musings on her life and experiences. Kicking off where the last record left off, the opening track of new album ‘House Without a View’ is ‘Half With You’ which “is about growing into yourself as a queer person, and enjoying who you are after not enjoying it for so long,” says Lande. ‘Cut My Hair’ is about how her relationship with her gender has changed over the last few years, becoming more comfortable in herself and understanding more about what makes her happy. “It’s also about how easy it is to not talk to people when you’re struggling, which is something I did for a long time,” admits Lande.

The title track of ‘House Without a View’ deals with childhood trauma and how events of our formative years “affect us so much into our adult lives and are intrinsic to our personalities and the way we cope (or don’t) with life and relationships,” says Lande. Although there’s darkness and sadness within the record, there’s also some shining beacons of positivity and a light-hearted side, albeit with a side of frustration. ‘Lola’ was written about Lande’s cat shortly after she came to live with her and her girlfriend. “She’s the first pet I’ve ever had and I wasn’t quite ready for how hard it would be to not be able to verbally communicate with her. I worried constantly that she was depressed because all she did was sleep, but my girlfriend assured me that that was regular cat behaviour.”

Lande has played events for The Big Issue and the Labour Party amongst numerous solo gigs, touring the globe with artists like Kevin Devine and Ben David, playing festivals from Glastonbury to 2000 Trees, and even supporting the legend that is Tricky. She also has a Canadian tour supporting Laura Jane Grace lined up and will be hitting the road in earnest for the rest of the year and beyond.