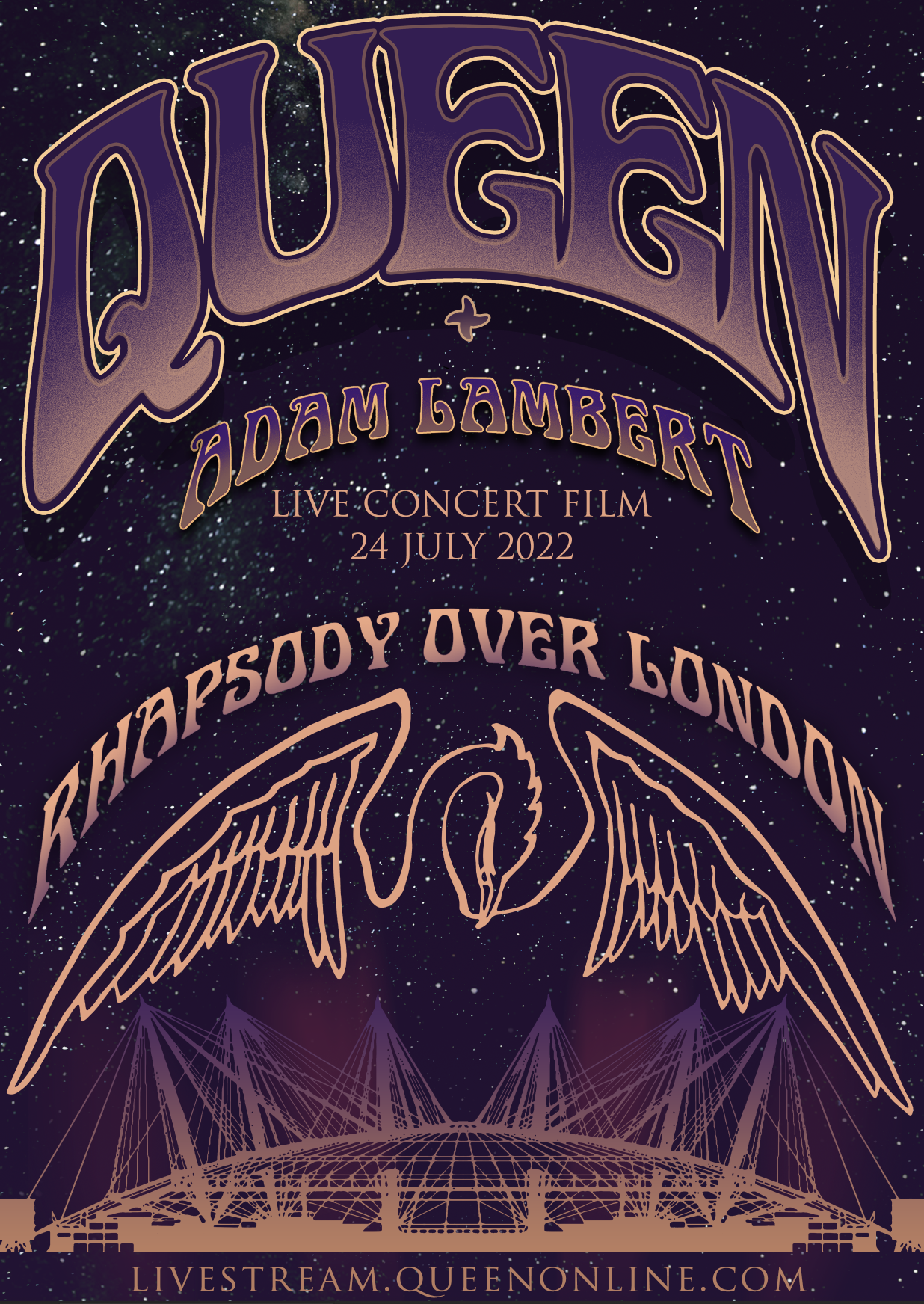 The exclusive Live Concert Film will feature a LIVE Q&A with Brian, Roger and Adam, speaking backstage from the penultimate show of their European tour.  Fans around the world will have a once-in-a-lifetime opportunity to purchase tickets and submit their questions via video by July 19th, for the band to see and answer live during the Q&A.

The concert will only be available until 31st July on the platform and accompanied by special VOD packages, where fans will have access to additional concerts and interviews. The acclaimed documentary ‘The Show Must Go On: The Queen + Adam Lambert Story’ will be available exclusively for ticket holders for a full two days prior to the livestream.

The concert was filmed during the band’s sold out 10-day run at The O2 Arena, London in early June. Having been attended by over half a million concert goers during the 2022 36-date European tour, Queen + Adam Lambert’s “Rhapsody Over London” live concert film is set to reach a worldwide audience of millions more when the experience premieres online on July 24.

The broadcast will give fans around the world one more chance to experience the magic of the Rhapsody Tour.  A massive undertaking, utilising 26 cameras and a crew of over 100 film technicians, the production presents the band’s two and half hour show in its entirety. The audience will also be able to interact with fellow fans throughout the show using Kiswe’s fan engagement features, including fan chat feed and cheer buttons, fan react videos enabling viewers to upload video selfies, purchase custom digital stickers, and the ability to buy exclusive in-concert merchandise.

Adam Lambert’s vocal prowess and showmanship is a special effect in itself, soaring to the ecstatic high notes of “Somebody to Love”, and appearing on a bejewelled Harley Davidson bike for “Bicycle Race”. But at its heart the Rhapsody show stays a very human honouring of the core band’s work, as Brian May simply strums his acoustic guitar to 20,000 people for his A Night at the Opera gem “’39”, and duets with film of Freddie on a moving “Love Of My Life”. Roger Taylor performs a majestic “These Are The Days Of Our Lives” as moments from Queen’s history poignantly plays out on the expansive screens.

A full arsenal of hits are refreshed by the band’s live virtuosity, May’s Red Special guitar finding new sorcery in “A Kind of Magic” as well as reaching stratospheric heights in a towering guitar solo. Taylor and Lambert emulate Bowie and Mercury in a thunderous “Under Pressure”. “Bohemian Rhapsody” resurrects Queen’s glorious 1975 harmonies before a cyborg-masked May’s rousing solo, and Lambert’s rush to the front for the storming finale.