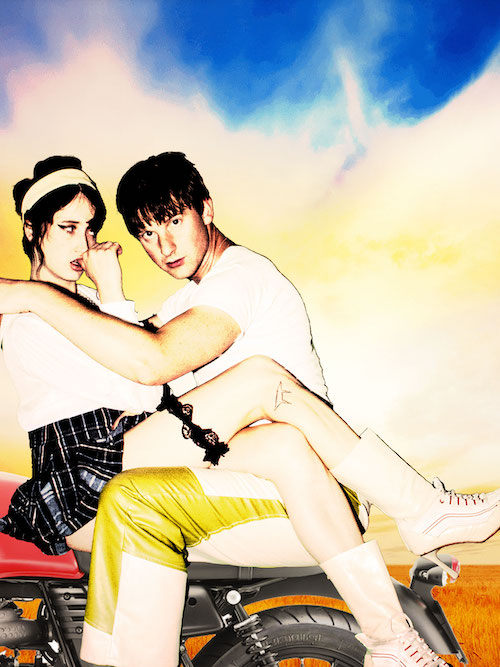 Founded in Berlin in 2021 with the release of their “Identität EP”, Das Beat are back with “Intensity” their latest single, which is out now via Arbutus Records. Blending sounds of New Wave, Dark Disco, Indie, & Dance, their sound is unified by the vocals of Eddie Rabenberger, sung in both German and English. Amidst spirited lyrics lies a strong dancey pulse (Das “Beat”), pinning down the duo’s dreamy atmospherics, guitars and percussion.

The duo is half-Canadian and half-German. Dj Kirby (Blue Hawaii), moved to Berlin from Montreal in 2018. Eddie is a theatre actress originally from a small town in southern Germany. Together they find an alluring symbiosis – like Giorgio Moroder meets Nico, or Gina X Performance finds The Prodigy.

Speaking about the track, the band said “‘Intensity’ is about certain memories, which in their first impression might seem small and unimportant but then just won’t get out of your head. Of course these moments can be positive as well, but in our song we are focusing more on the painful and uncomfortable ones. They could arise from the way someone treated you or from when you did something embarrassing you would really rather forget. Perhaps through writing and expressing our thoughts towards them, we can conquer them and reclaim our piece of mind.”

Listen via other streaming services here:https://found.ee/583sb