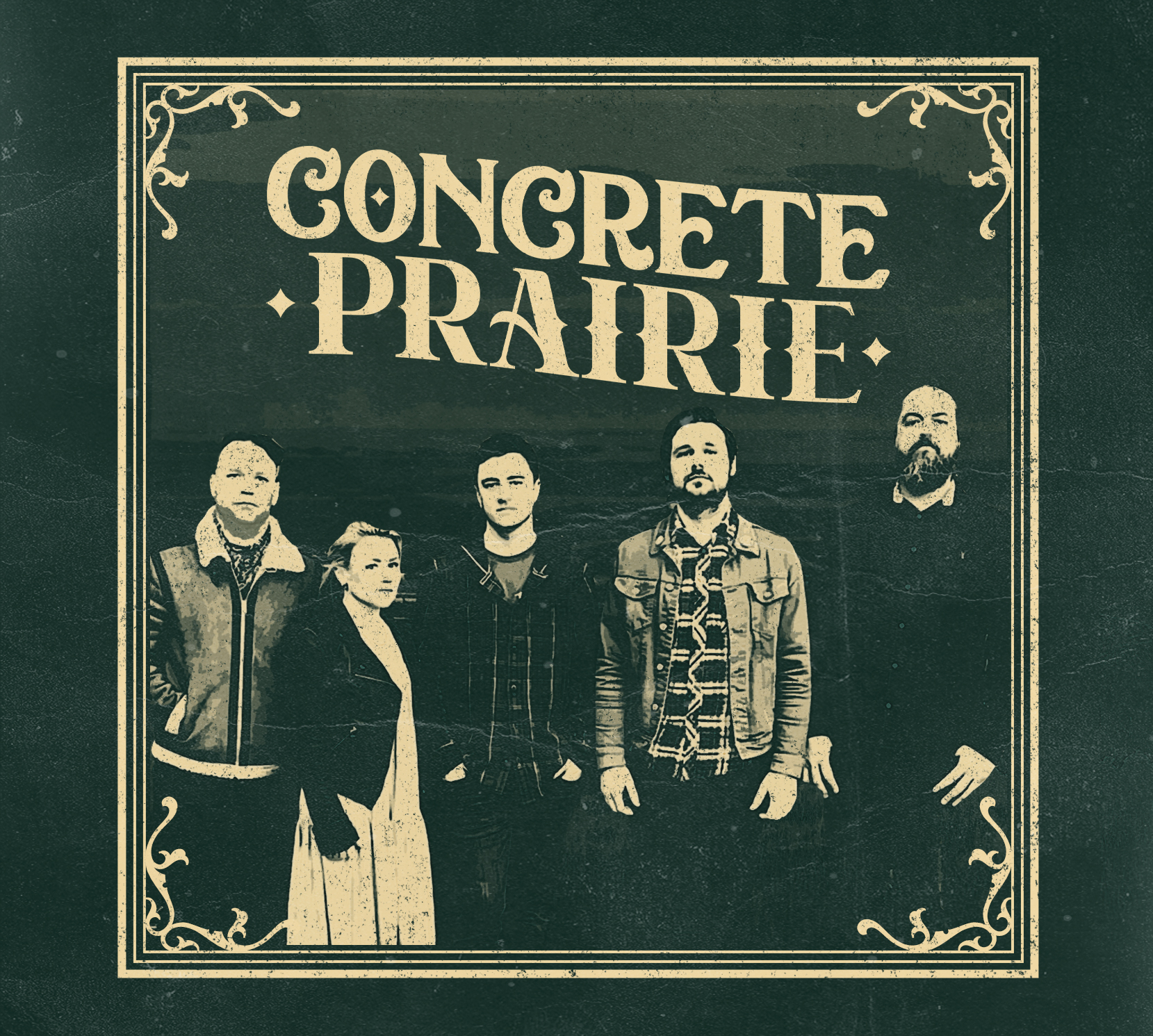 Concrete Prairie is a five piece band from the west – the west of England, that is. Although their sound is very much Americana based, they actually formed in Bath. The band’s name is a clue to their approach: a very English take on the classic Americana sound. This ten track debut album was recorded in Peter Gabriel’s Real World studios, close to their home town.

The music sees powerful lyrics telling dark urban tales, many based on their own experiences, paired with an uplifting and usually fast paced mix of country, blues and folk. It’s Americana, but the subject matter and the distinctly English folk tones of the vocals are not what British bands of the genre typically sound like.

Concrete Prairie are fronted by Joe Faulkner, the lead singer and main songwriter, guitarist and harmonica player, with second songwriter Adam Greeves on vocals , guitar, mandolin and harmonica, Dan Burrows on bass and banjo, Georgia Browne on fiddle and Tom Hartley on drums.

Picking Up Pieces opens the album as an acoustic guitar initially sets the scene in a optimistic track that tells of fatherhood and facing new challenges. Bury My Blues is much more upbeat than a song about overcoming depression should be, but it works well. The slower paced Hard Times has a darker feel, with the theme again being facing difficulties head on.

Day By Day is another upbeat song about a dark subject, this time suicide. With a distinctly country feel the almost jaunty banjo melody is much more celebration of life than lament on death. Wine On My Mind explores the damage of alcoholism in a first person narrative of real depth. The album’s closing track comes in at over eight minutes long. The Devil Dealt The Deck explores the luck of the draw that sets out our life chances from birth and the very different sets of circumstances that we can enjoy. It’s perhaps a little overlong but is well constructed, and features some fine instrumental passages.

Concrete Prairie have produced a good debut album based on a sound that’s all their own. It’s not typical of Americana and it’s good to see a new band that has developed such a distinctive approach, It will be interesting to see the reception – and to learn where the band goes from here. But for now, enjoy this rousing collection of songs.