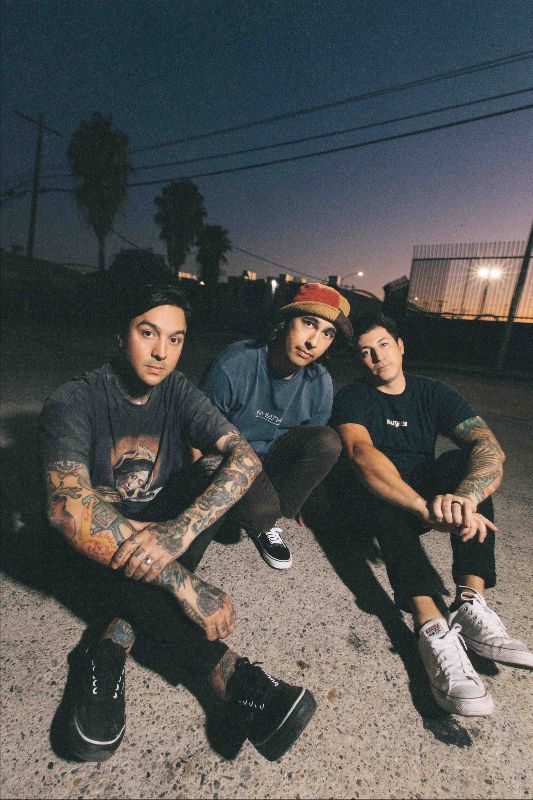 Pierce the Veil are back.

The San Diego band has just shared the lyric video for the brand new song “Pass the Nirvana.”

Pierce the Veil, which Rolling Stone once described as “hyperactive, progressive post-hardcore,” serve up a new track full of fuzzy guitars, massive melodic hooks, and the bands distinct emotional heart. “Pass the Nirvana” marks Pierce the Veil’s first new music since 2016.
It was worth the wait — and then some.
It is destined to become a fan favourite that the Pierce the Veil faithful will scream the lyrics to at their live shows.

“‘Pass the Nirvana’ is about the many horrible traumas that the youth of America have endured over the past few years,” says frontman Vic Fuentes about the song’s powerful, relatable, and topical subject matter. “COVID, no proms, no graduations, an insurrection, school shootings. The list goes on. Their lives have been tossed around like clothes in a dryer, as the tensions within our country have infiltrated our own homes, friends, and families. To me, the song represents a euphoric detachment from all of that anxiety and stress and about finding some form of peace or nirvana.”

Beloved San Diego band Pierce the Veil will make their long-awaited return to the UK later this year this winter- their first UK tour in six years and is completely sold out.
The tour kicks off 1st December and runs through to 10th December and will see them do two nights at the prestigious O2 Forum, London.

Support comes from Against The Current and Caroles Daughter.

The time is right for Pierce the Veil’s comeback as one of their classic and most beloved songs is also having a pop culture resurgence.

A decade after its release, the already platinum single “King for a Day” shot to No. 1 on Billboard’s Hard Rock Streaming chart, driven by the viral #KingForADay hashtag on TikTok. The song has enjoyed quite a pop culture moment, as global music superstar Lizzo used the track in a video on the platform. It demonstrates how vital PTV’s iconic catalog is — and how vital the band and its new material remains.

Right now, Pierce the Veil are at their most raw, crackling with urgency and immediacy. Never predictable, always engaging, Pierce the Veil continue to soar on the strength of highly potent energy, rich musicality, and a scrappy sense of authentic exuberant ambition that’s frankly unrivalled. The aforementioned Fuentes, guitarist Tony Perry, and bassist Jaime Precadio put volatile, angsty, confessional emotions into the music, which is why their songs resonate with so many. “No matter where the band performs, fans will show up,” wrote Loudwire. “When you see Pierce The Veil live, you’ll understand why.”

Pierce the Veil’s evolution from album to album is nothing less than stunning. The early buzz generated by A Flair for the Dramatic (2007) made its follow-up one of the most anticipated albums of 2010. Selfish Machines shot to No. 1 on Billboard’s Heatseekers chart. The Chicago Tribune saluted Collide with the Sky for its “post-hardcore punk with more than a few nods to Queen.” They became a true arena act on Misadventures, selling out huge venues without losing the intimate connection with their fans.

Pierce the Veil have long cemented their status as one of the most exciting and relevant acts in their genre — by constantly evolving.