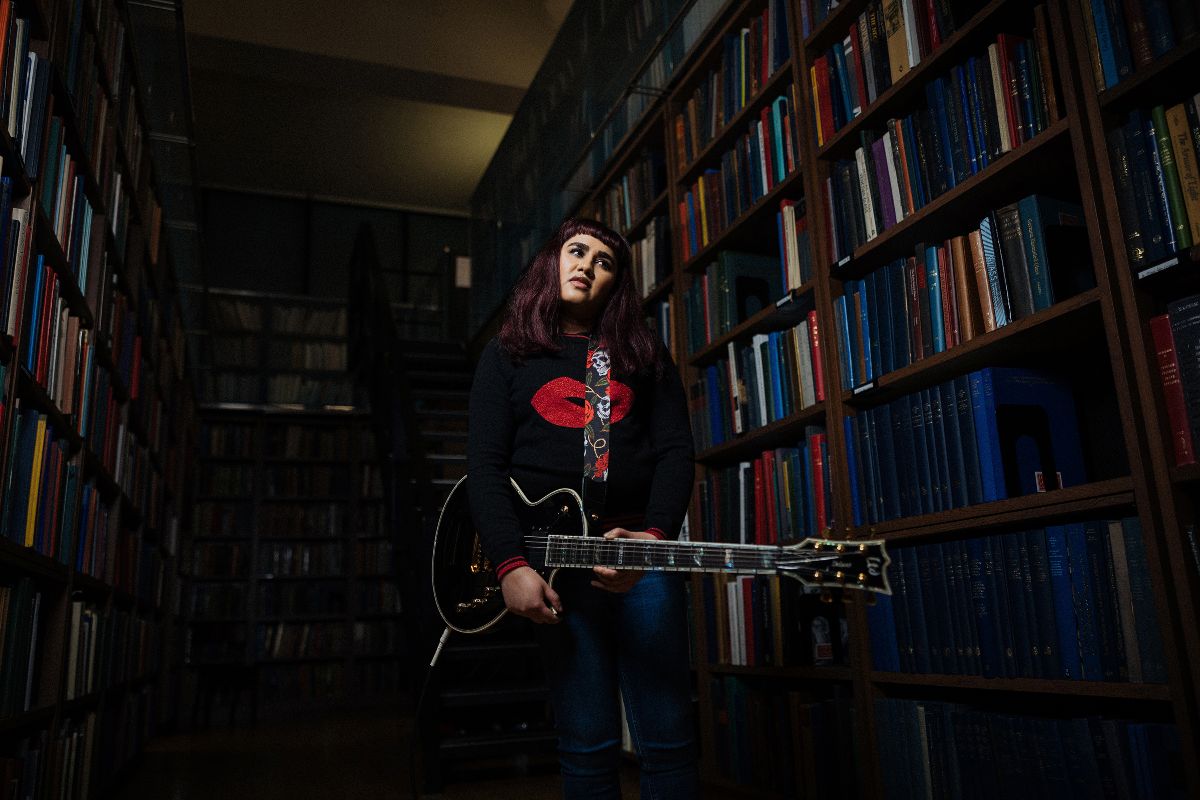 Pryti is excited to share her new single ‘Wasteland’ which was just released via her own label Welcome To Pariahville Records. Fans can watch the accompanying lyric video for the song on YouTube (created by visual artist and musician Craig Gowans of Bleed From Within), or listen via their preferred streaming service.

“‘Wasteland’ is about saying goodbye to habits and thinking patterns or people that aren’t good for you,” says Pryti of the cathartic cut. ‘Wasteland’ follows Pryti’s previous 2022 singles ‘Warning Sign’ and ‘Archive’, the British Indian singer, rock artist and multi-instrumentalist’s first music releases since her debut LP ‘Tales of a Melancholic’ in 2015. These new tracks will feature on her upcoming second album, due for release later this year. Pryti has already won attention and praise from the likes of Kerrang!, Rock Sound, New Noise, even Architects’ Sam Carter, and she was recently named by Rolling Stone India as a Global Artist To Watch.

Pryti has been obsessed with music for as long as she can remember, singing from the time she learned to speak, and playing piano from a very early age. But it was in her teens when she discovered her calling. “Linkin Park’s album Hybrid Theory is what got me into metal,” she shares, “I was 15 years old and didn’t fit in, and they opened the door to a world of metal and rock music.” It wasn’t long before she picked up guitar and started playing bass too. In university she pursued a degree in Music and Media Management, and would use those skills to start her own independent label. “I love the business side” she shares, “I wanted to start my own label and be in charge of my career since learning about the music industry.”

Whilst Pryti’s earlier releases fully embraced the doom and heaviness of metal, her latest songs recorded with longtime producer Justin Hill (Sikth, Young Guns, Heart of a Coward), draw from that world while also incorporating more aesthetics from alternative pop, indie and electronica. “When I was recording my new music this past year,” she says, “it finally felt like something was changing. I have worked really hard to become a better vocalist, musician and songwriter. I really pushed myself to the point where it finally felt like I was progressing.”