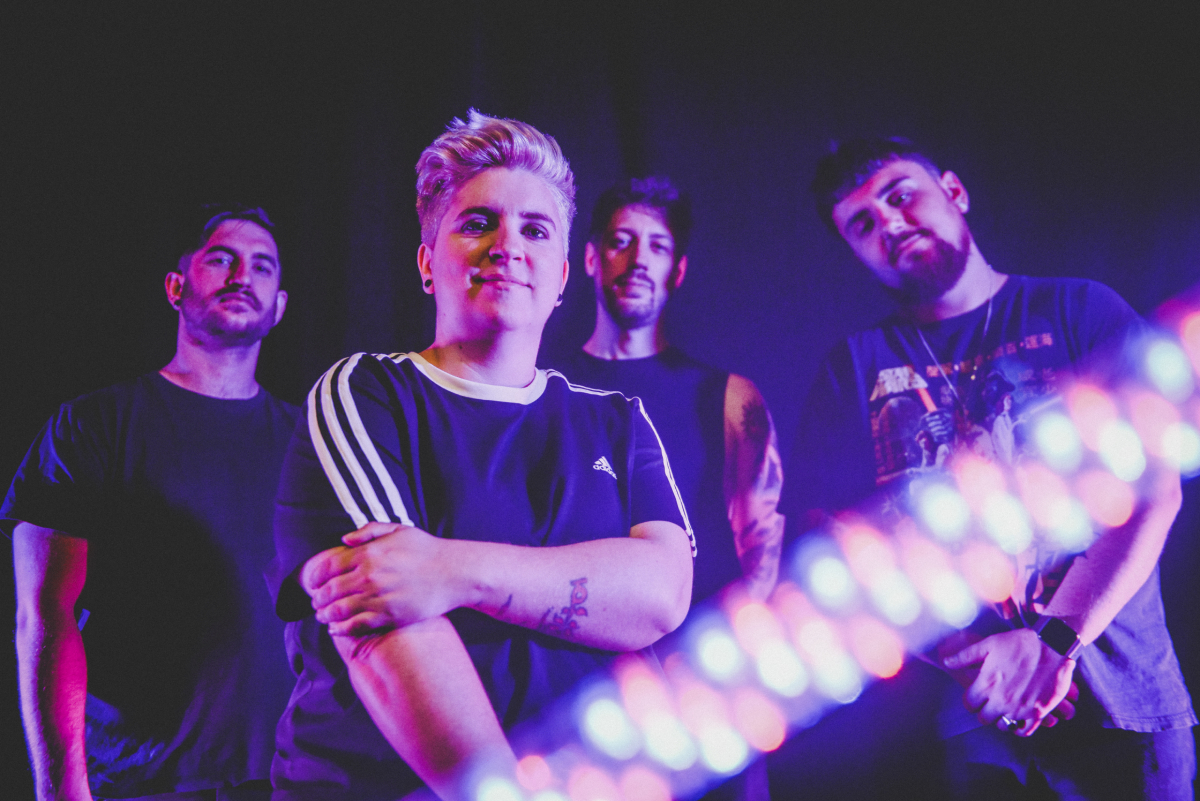 All Ears Avow have released another single from their imminent ‘Feel The Push’ EP. ‘Hero’ is out today with the EP set to follow next week. Plus the Swindon band will be playing a very special hometown show at Level 3 on the day of release – 21 Oct. Modern Evils and Trippy Kicks will support and tickets are available here.

Says vocalist and guitarist Claire Sutton of the new single: “This is a song about envy, jealousy and resentment. It’s about looking on at other people doing well in life and being jealous of their success but being in complete denial over it. Everyone knows someone who has to downplay another’s success to make themselves feel better about their own achievements. Between the lyrics and the groove, the sarcasm is palpable.”

All Ears Avow recently released the EP’s title track ‘Feel The Push’, which is, ultimately, about depression but offers a message of hope. As Sutton says: “It’s written as a sort of message to anyone suffering, from the perspective of having come through it to the other side and offering this message of hope. That even though someone is in pain and finding it hard right now they will get through it and into the light. The song is full of angst and pain both musically and lyrically, but ends with this almost euphoric sense of making it out alive.”

These tracks will combine with previously released ‘Be That Nothing’, ‘L.O.V.E.’, ‘Asleep At The Wheel’ and several brand new compositions on the forthcoming EP. Tracklisting below.

Sutton says: “This EP has been the biggest labour of love for us and something we’ve been working on for the last two years, mostly throughout lockdowns like so many other artists at the moment. The main thing that glues this EP together is the message and lyrical journey, which is a reflection of what everyone has been through since 2020. The last two years have been absolutely mental for society. There’s been the pandemic, riots, toilet roll shortages, catastrophic wild fires, Russia invading Ukraine, and that’s just the tip of the iceberg. Everyone’s either been desperately trying to keep themselves afloat or they’ve been in complete denial that the public hysteria we’ve been experiencing so much of is of our own making. And that’s what this EP is about. We decided to name the EP ‘Feel The Push’ after the closing track, because it encompasses the message that when life or the world gives you a nudge or a push, you shouldn’t ignore it. In other words, when everything is going catastrophically wrong maybe we should look at it.”

For fans of hook-filled music from Kids In Glass Houses to Paramore to Bon Jovi, All Ears Avow specialise in tracks that will lodge themselves well within your brain for days after you first lay ears on them. You can’t help but sing along to these choruses. The band’s line-up is completed by Jake Willcock on guitar, Joe Bishop on bass and Sean Ivens on drums. They’ve supported the likes of The Xcerts, Decade, Milk Teeth, Mallory Knox and The Computers, as well as playing their own headline shows and festivals around the country.

CONNECT WITH ALL EARS AVOW: