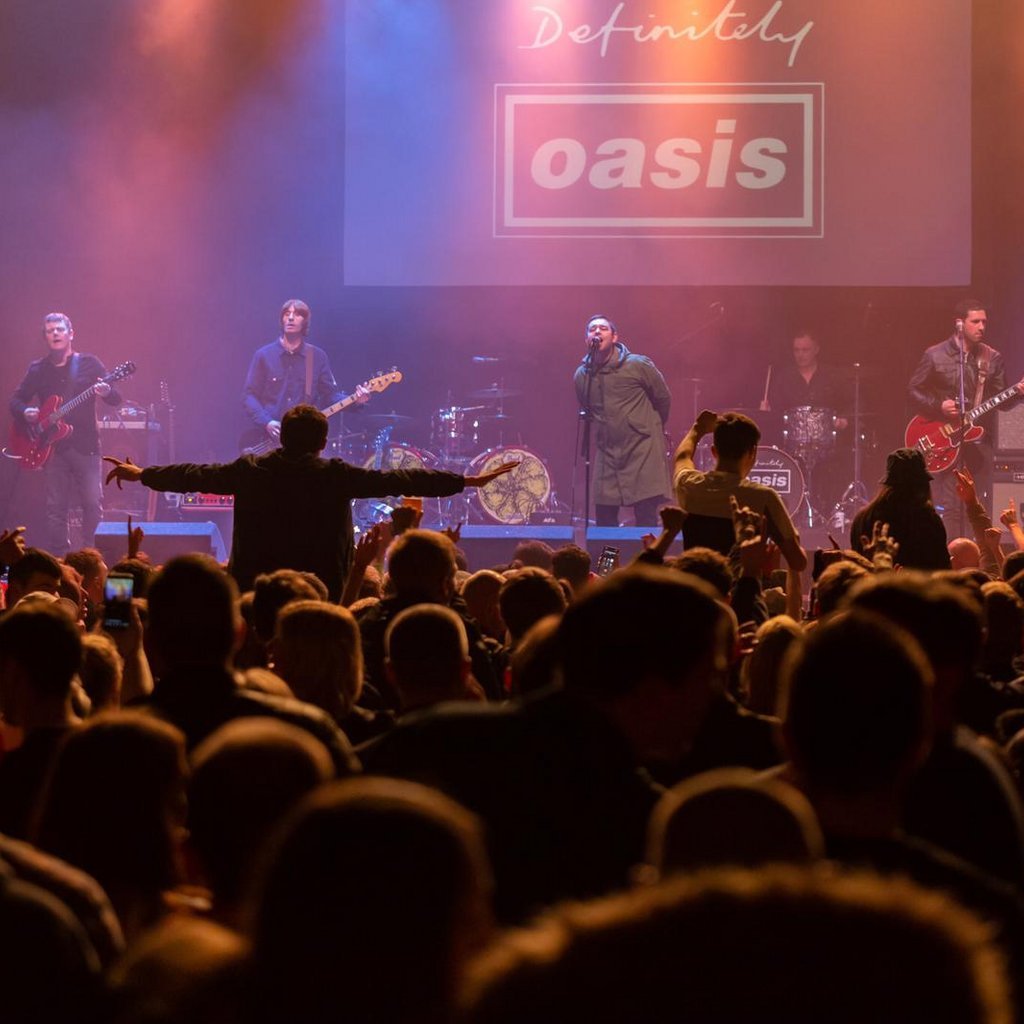 Tickets are on sale now.

Definitely Oasis are regarded by many Oasis fans and promoters alike across the globe as the best Oasis tribute band there is!

​The band is in super high demand and has done tours & gigs in the UK, Europe, The Middle East & Australia, with a tour of North & South America in the pipeline.

Everything the band does is all about what the fans want to see and hear a lot of hard work goes on in the background making sure that the look and sound are bang on so much so that the band played a sold-out show at the iconic barrowland ballroom venue in 2016 a venue loved by both Liam & Noel Gallagher and where Oasis played arguably some of their finest ever shows including the 10 Years Of Noise And Confusion gig that was broadcast the next day on Sky Box Office in 2001 for a pay per view event, Another first for an Oasis tribute band.

The band regularly sells out top-class venues across the UK in advance including... O2 Academy Islington, O2 Academy Glasgow,  Factory Manchester,  Thekla Bristol, The Rescue Rooms Nottingham, Liquid Rooms Edinburgh,  The Live Rooms Chester. The Brickyard in Carlisle & recently The Rosemount Hotel in Perth Australia to name but a few.

Definitely Oasis do an amazing job of keeping the music alive and setting the bar high by re-creating the look, sound, and feel of an Oasis gig that fans come to expect and are also the only Oasis tribute that has both a Liam and Noel sound-alikes, As well as a range of guitars & Clothing (The same ones as those used by oasis)

With the real Oasis not looking like getting back together any time soon, This is definitely the next best thing.