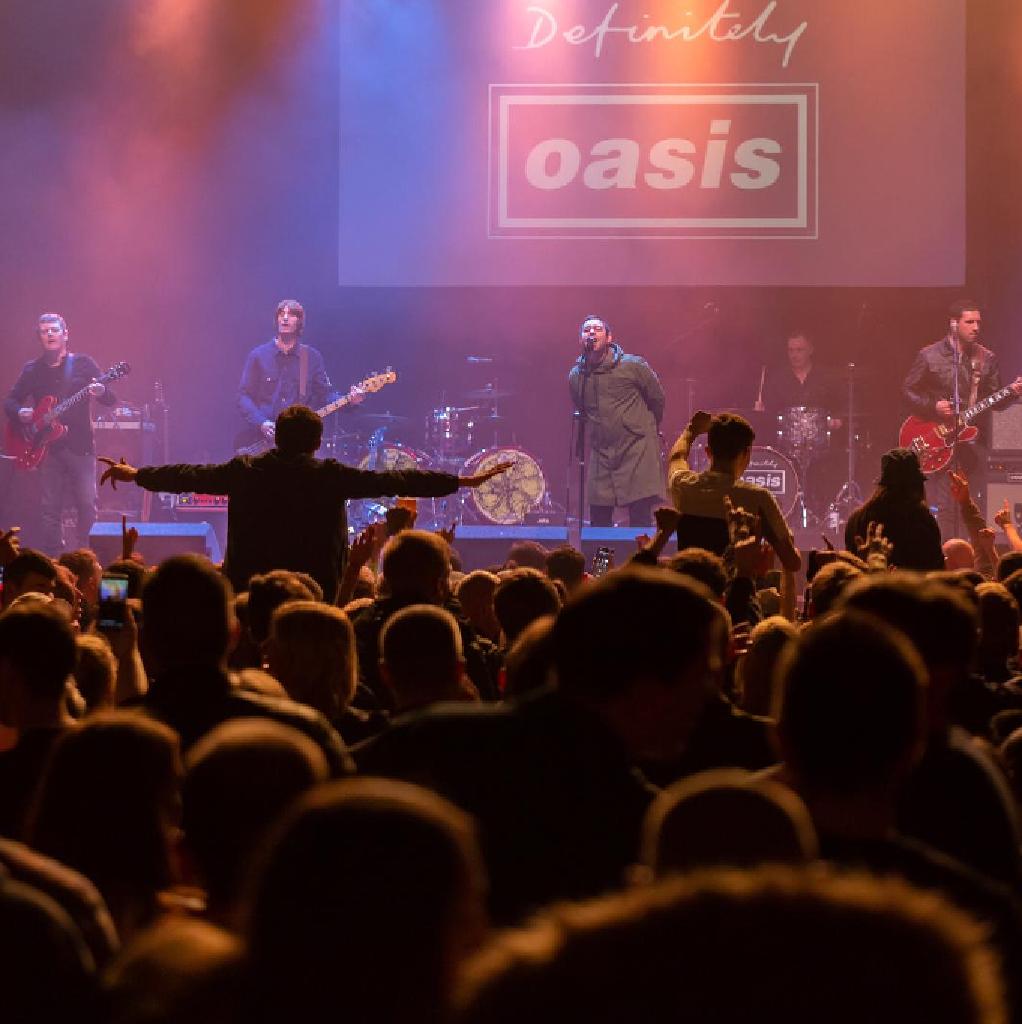 Share
Tweet
Pin
0 Shares
Definitely Oasis the worlds best Oasis tribute band return to Darlington!
Going by demand for other shows this gig is expected to sell fast so Don't delay order you're tickets today.
Please be aware this is an over 18's event and photo I.D may be required.
Definitely Oasis are regarded by many Oasis fans and promoters alike as the best Oasis tribute band there is!
Everything the band does is all about what the fans want to see and hear a lot of hard work goes on in the background making sure that the look and sound are bang on so much so that the band played a sold-out show at the iconic barrowland's venue in 2016 a venue loved by both Liam & Noel Gallagher and where Oasis played arguably some of their finest ever shows including the 10 Years Of Noise And Confusion gig that was shown live on Sky Box Office in 2001 another first for an Oasis tribute band proves why they are the best Oasis tribute in the Business.
The band regularly sell out top-class venues across the UK in advance including venues like.. O2 Academy Islington (Main Room) O2 Academy Glasgow, Factory Manchester, Thekla Bristol, Liquid Rooms Edinburgh, The Live Rooms Chester & The Brickyard in Carlisle to name but a few
The band also recently sold out their own headline show at O2 Academy Glasgow to over two and a half thousand people in 2018 and it shows just how highly the band are now regarded amongst Oasis fans.
With the real Oasis on an extended break at the moment, This is definitely the next best thing
Definitely Oasis do an amazing job of keeping the music alive and set the bar high by re-creating the look, sound and feel of an Oasis gig that fans come to expect and are also the only Oasis tribute that have both a Liam and Noel sound-alikes.