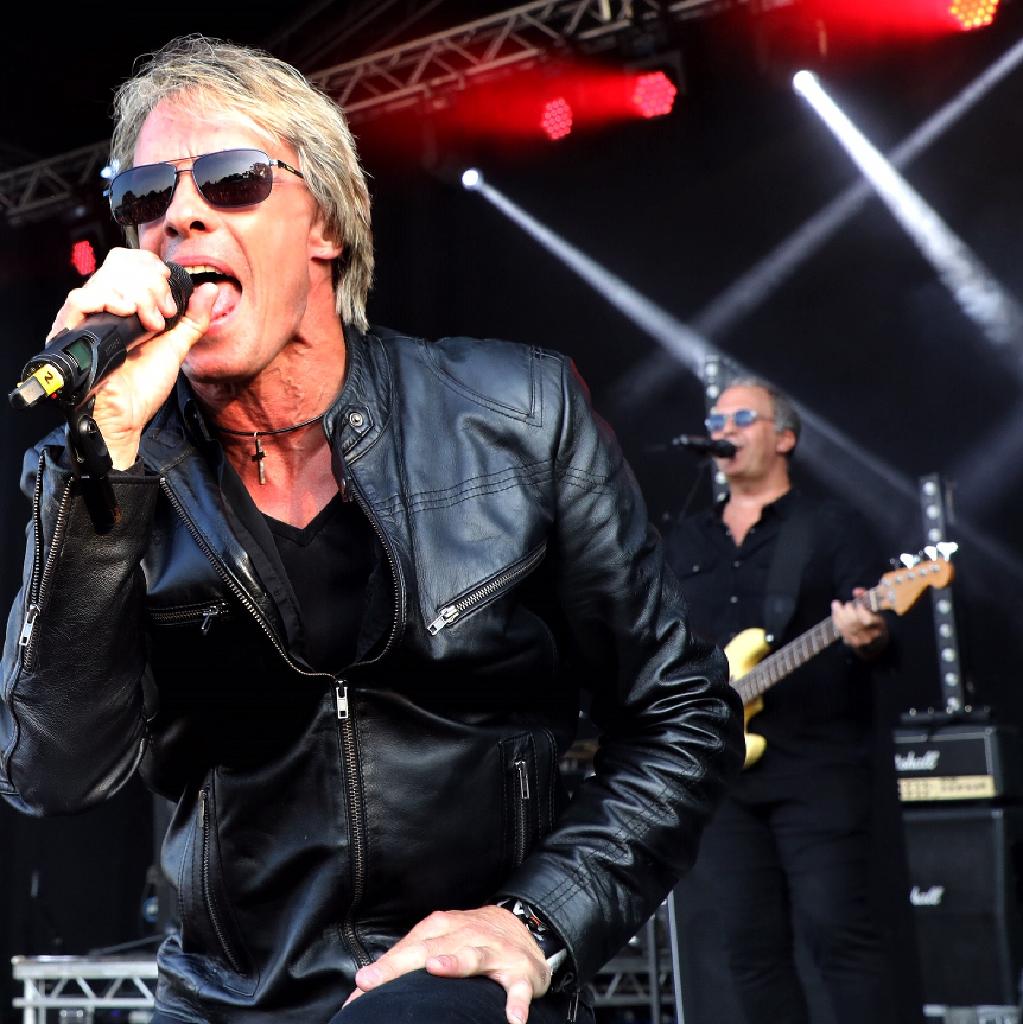 Ranked number 14 in Q Magazine’s top 50 bands of all time and inducted into the UK Music Hall of Fame, Bon Joviis a household name the world over. With front man and namesake Jon Bon Jovi at the helm since they formed back in 1983, the New Jersey band have sold over 120 million albums worldwide, performing more than 2,600 concerts in over 50 countries for 34 million fans and counting.

In tribute to this incredible musical talent, The Bon Jovi Experience was born and since 1994 have become the only band to have performed live on stage with Jon Bon Jovi himself. Lead singer Tony Pearce’s striking resemblance to the original front man creates an unrivalled tribute not to be missed.

“Have you seen this guy? He looks so much like Jon Bon Jovi, it’s freaky man!” Chad Kroeger, Nickelback

Endorsed by Jon Bon Jovi himself, the official tribute band to Bon Joviperform all over the world to sell-out crowds. As the world’s leading tribute, The Bon Jovi Experienceare often copied but never equalled, performing all the hits you know and love including, “Livin’ On a Prayer”, “Always”, “It’s My Life”, “You Give Love a Bad Name”, and many, many more.