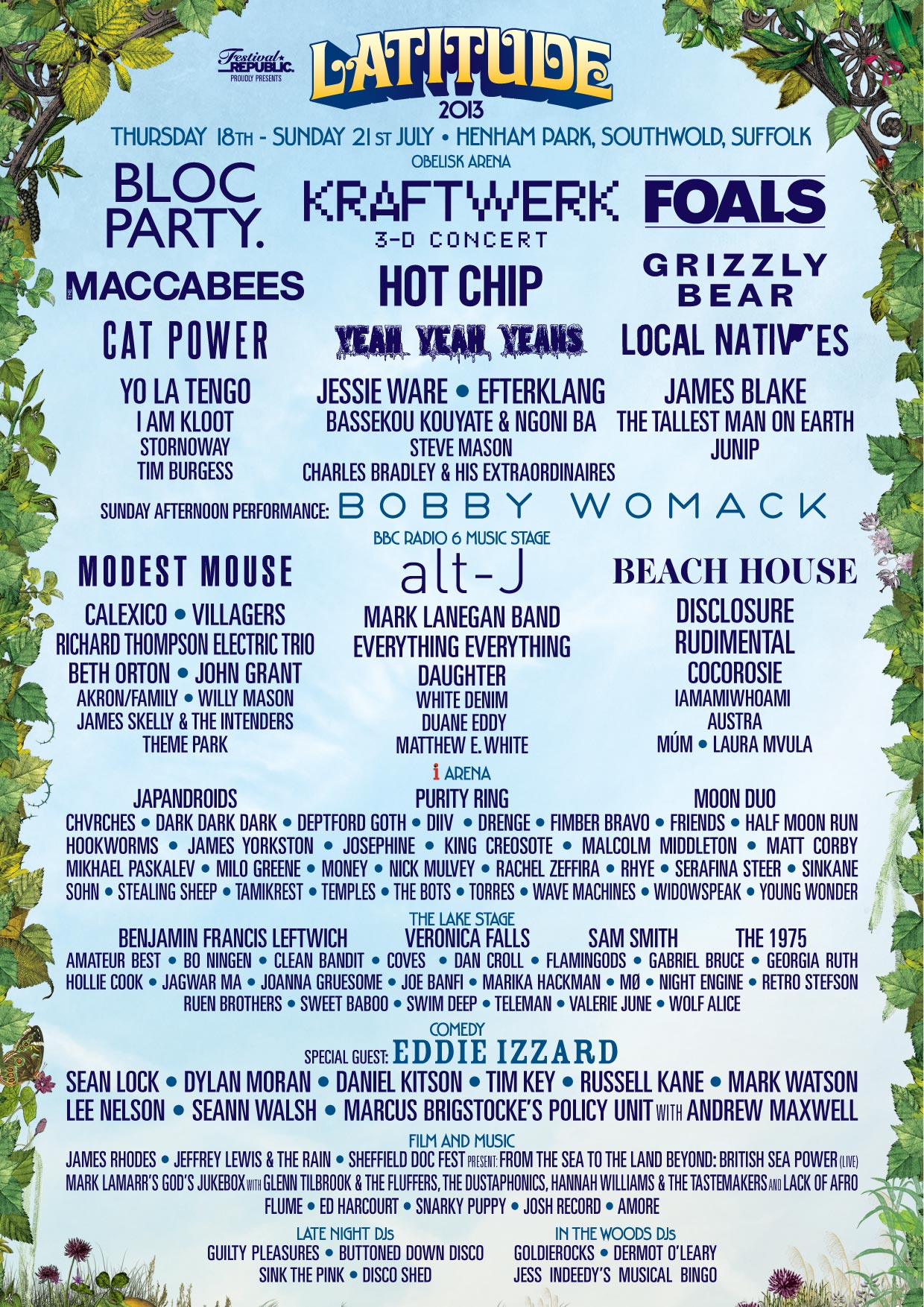 Latitude completes line up with up and coming talent

The festival that has grown in popularity and line-up over the past few years is back this year, and the line-up is growing weekly.

As the last few names are announced, the sheep dying festival shows us how it is done, by supporting some of the UK’s hottest new talent with slots at the festival that will be like shows never performed before. Benjamin Francis Leftwich just announced to be playing on the Lake stage, as well as Veronica Falls and The 1975, alongside pop reggae artist Hollie Cook; in addition to Sam Smith, all take to the stage that has hosted a range of acts previously, including Everything Everything. Alt-J and The XX, From July 18th – 21st in Suffolk.

With Neon Neon set to perform something spectacular (if their current run of gigs in London are anything to go by) on the theatre stage, and Eddie Izzard set to headline the comedy stage, the pull of the main music stages; Foals, Bloc Party and a 3D show by Kraftwerk; and the general eco-friendly, chilled out vibes of the festival should be enough to get you going.

Tickets still available HERE and you should get them whilst they still are. Heck, if you’re feeling fit you can even cycle to the festival site with other keen helmet heads. For more info visit the website.