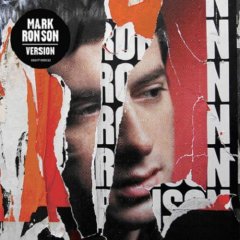 There is much hype regarding the release of Mark Ronson’s second album, “Version”, and all for good reason. This is not your average covers record; it is beautifully crafted, well mastered and fantastically creative.

The most outstanding songs for me are in fact Lily Allen’s cover of the Kaiser Chief’s “Oh My God” and the Zuton’s “Valerie” by Amy Winehouse, but then all of the tracks are so clever that it is difficult to put it any order. There were some exclamations that it was a travesty, especially when he released The Smith’s “Stop Me If You Think You’ve Heard This One Before”, but it is so different that it is incomprehensible to say that it shouldn’t be done, because quite frankly, it’s albums like this that make you realise that there are so many reasons to appreciate different styles of music.

This album will appeal to anyone that likes Mark Ronson as a DJ, anyone that likes the artists featured (including Robbie Williams, Phantom Planet and Kasabian) and the artists of the original songs (Britney Spears, Maximo Park, Coldplay and Ryan Adams). But then it also appeals to those with an ear for dance, R’n’B, Jazz and good old indie rock.

Admittedly, it is disappointing in the fact that all cover albums wear pretty quickly, but Ronson being a talented DJ and producer makes the prospect of a disappointing album far from it.