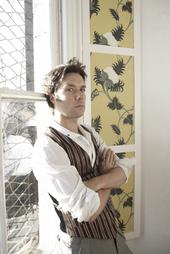 Rufus Wainwright – Going To A Town

Rufus Wainwright follows his grandiose twin records ‘Want One’ and ‘Want Two’ with his soon to be released follow up ‘Release The Stars’. This self-produced single is the first release from what promises to be a more mainstream album.

Rufus has had enormous critical acclaim but found himself as more of a cult success with his records attracting a loyal fanbase of followers who flock to his gigs. His detractors reference his sexuality and his seemingly pompous allure. To his supporters his songs are grand and technically brilliant and his vocal is impossible to replicate due to his seemingly unique breathing process where he manages to deliver a vast amount of melodies with only sparse intakes of breath.

“Going To A Town” is a catchy single that is more stripped back than his recent work and is reminiscent of his earlier self titled debut album but more positive and relaxed in musical structure. The lyrics are still confrontational and he hasn’t dummed down either the subject matter or the song structure to win himself new fans, hopefully the new album will bring Rufus to the attention of the masses and he will become as successful as he deserves to be in his own lifetime without having to wait till future generations cherish his body of work.