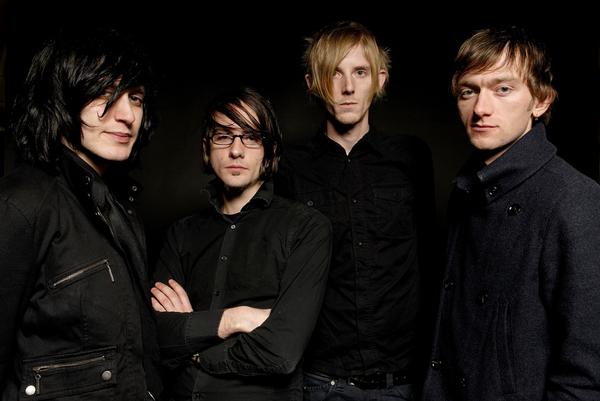 Leeds based band, This Et Al are not the type to swagger around the stage as if they’re playing Wembley with 60 groupies eagerly awaiting them back stage. They are a band who care more about their music, than what the crowd thinks of them or their hair, and this is simultaneously their making and their downfall.

Technically speaking, these are four very talented lads, in particular, Steve the drummer is fantastic and front man Wu managed to perform brilliantly despite missing a string for the majority of their set. As a band, they seem to play every gig god sends, and it shows in the music, they as are tight as a pair of size 00 jeans and a very powerful live band. Avoiding falling into a specific category, their music is honest, energetic, and surprisingly dark, often leaping from a heavy to a more melodic sound. They seem to have a hint of an effects-pedal fetish, but these are used particularly well, lifting and changing the sound and thankfully not being used too often.

Despite all their merits however, This Et Al need that extra ziggah-zig-ah, they can seem a bit samey after a while and need to find more charisma if they are to make a real lasting impression. It is fantastic to see a band without the styling and the ego’s, but they should be teaching the rest of the so-called ‘trendsetters’ that you don’t need all that crap to engage and excite an audience. Their music shows enormous potential, my fingers are crossed in the hope that they can exude that confidence that will make people really sit up and listen.