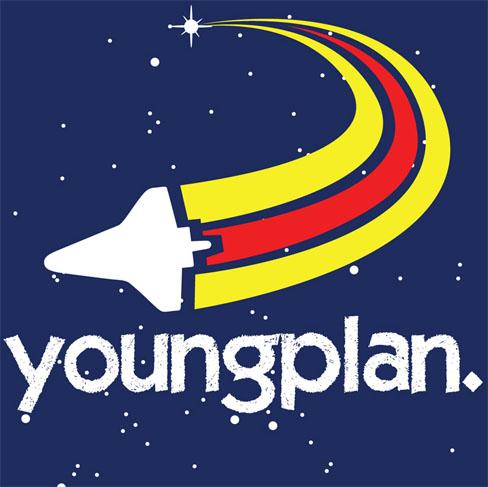 There’s a small chance that you’ll like this band. There’s also a possibility you won’t, because Youngplan, based in the Rother district, sound not quite like anything you’ve heard before.

500 limited edition, hand made vinyls have been set free into the world, featuring “Fist Fight” and the Double A side “Little Things”.

The 7inch, aside from looking good, sounds good too. Both songs are lyrically superb, with sound vocals and tight rhythm. Spangly guitars go well with the genre-less music they produce. You could class it as indie, but there’s a little bit of pop in it, and a little bit of emotion in the old lyrics, and well, they’re just really good!

It’s definitely worth checking out this band, listen to the other songs they have on offer too, then in a year you can get your “I heard of them when no one knew they existed” t-shirt.
The next big thing? The new Libertines? Who knows, but it’s an incredible single, that’s for sure.

The band are currently on tour supporting Mumm-ra, and play at the Great Escape Festival in Brighton in June.
Check [link] for more.