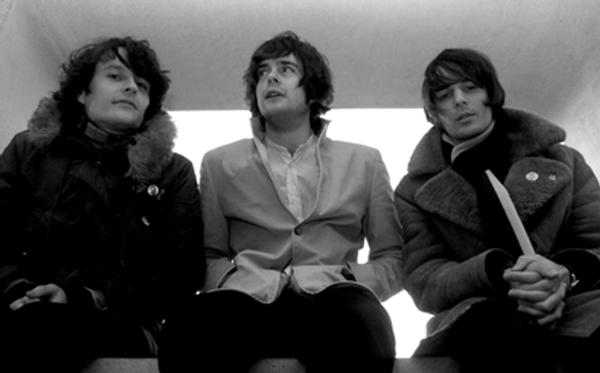 There’s something honest about The Draytones, they ain’t bad lads, no sir. Unfortunatley, ‘young and fresh‘ are the two words that summarize the band best.

Despite the cliques, they represent a cool breeze blowing through a hot steamy venue as they ply their trade on the Purple Turtle stage.

Tipped as one of the bands that best represents the UK indie scene at present, featuring on a mojo magazine compilation, they have a real balance to their line up and in Luke Richardson a real charismatic drummer.

At times their sound is as thin as a straw house but it doesn’t matter too much because the songs are fantastic. There is the feeling that we may be watching something special and if the Libertines manage to patch it up it may need to be to compete.

Next it’s off to Barcelona for The Draytones and then follows a full UK tour with Deltasonic sweetheart Candie Payne, but tonight they are adored by their fans in London, all ten of them.

The Hussys are the main support and they pack the place out, despite travelling from Glasgow. Hard to pinpoint their sound other than to say they are a rock band. Fronted by a sexy Glaswegian ‘hussy’ who barely moves other than to shake her hips throughout the set, much to the disappointment of the perverts in the crowd (just me? – drool)

Their cabaret act is entertaining only when the songs are and the high pitch sound that resonates through the ‘full-on’ parts of the songs is identifiable as keyboard, not feedback.