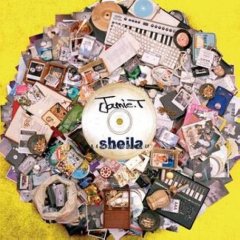 Most critics may appear to hate everything but I reckon that, like me, most prefer the opportunity to find new ways of saying something is brilliant. Every now and again, thanks to people like Jamie T, you get that opportunity.

I genuinely feel that he is the best artist of his generation. A shepherd amongst sheep. His arrival on the scene reminded me why I spend so much time sifting through new music. Because, sporadically and all too seldom, you find a sound that breaks the mould and inspires new genres rather than simply re-hashing whatever is currently popular.

I was lucky enough to meet Jamie backstage at a concert recently and was choked at how this unassuming, shy young man could be making such sounds. To say that it was the best gig I had seen all year is made even more impressive by the fact it was just him and his guitar. His voice is scruffy yet enchanting and has a complexity and character that gives me the same sort of enjoyment as listening to Jeff Buckley. We are talking all time heros here.

Sheila is a song that will still be played in ten years. Anthemic and crammed with everyday vernacular that pulls you into the song, breaks down the walls and asks you to be his best mate. The production is also sublime and all the more charming for it’s looseness. You get the feeling you are listening to a recording of a Sunday afternoon session round a mates house rather than something from the likes of Abbey Rd. And therein lies the beauty. It’s ‘home-made’ music at it’s best. The highest complement I can pay him is that wherever you are, whatever you are listening on, you can spot a Jamie T song a mile off within ten seconds of it’s start. Furthermore, I haven’t a clue what genre I would stick it in. It’s just what it is.

So Jamie, keep flying the flag brother, and try not to get to embroiled with sex, drugs and rock ‘n’ roll. Well, actually, the sex can’t hurt and, although I don’t condone it, a little spleef now and again isn’t necessarily a bad thing.