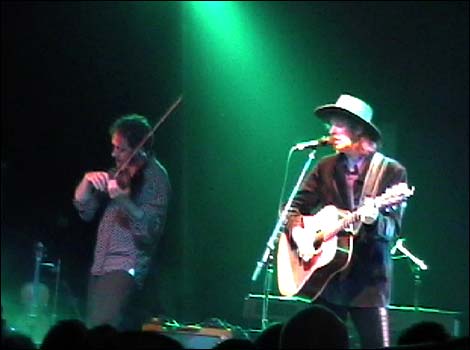 In the glorious surroundings of the Philharmonic hall, The Waterboys, or what’s left of them, emerge on stage. Inside this hall so steeped in history it is a venue both fitting and humbling at the same time for anyone whoever you are.

Of all Liverpool’s venues, the Philharmonic has the most majestic of stages. The stage has built into it a rising screen upon which films are sporadically shown. Tonight’s occasion is something of a celebration in itself. The only surviving Waterboy, Mike Scott has assembled a band of musicians to once again take to the roads of the UK and meet welcoming crowds such as this one tonight. The vast hall is filled with cheer and applause as Scott comes out on stage and although much of the crowd is of the generation to remember such hits as “The Whole Of The Moon’ and ‘Fisherman’s Blues’, the music is uplifting with a sense of nostalgia for everyone in attendance and it is clearly written over the faces of the audience as they sing along to more than just the hits. A reinvigorating experience that really got the juices flowing and made you crave for a pint of Guinness. A good healthy dose of gypsy songs, ballads, jigs and best of all…classic hits. Songs that remind you of the good times, songs that remind you of the romantic times. Bring on the 80’s revival. Of course Scott must still be living off the royalties from ‘Whole Of The Moon’ which gets regular airing (every twenty minutes) on Magic FM and video channel.