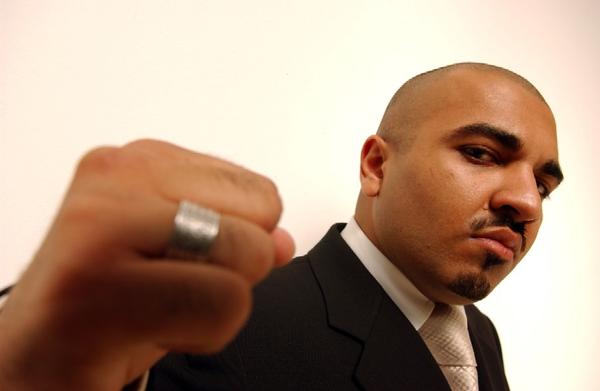 UK Hip Hop is a funny thing. In the past few years it’s been mostly dominated by the likes of Dizzee Rascal, the Streets, Jamelia and boy bands like Blue (who merely claim that they were Hip Hop).
Sounding generally like hardcore trance beats with Chavved-up Londoners talking very fast, UK rap isn’t exactly what you’d call mainstream material.
So what exactly should UK Hip Hop be all about?
I’ll tell you later.
Hydro’s double a-side offering is better than any of the latest contributions from Hip Hop’s golden land, America.
The first track ‘Celebrate’, is a laidback, radio friendly tune. Birmingham soul singer-songwriter Fyza provides a soothing and uplifting chorus here, and compliments Hydro perfectly.
Hydro gives us a relaxed session here, showing us his poignant side whilst still giving us a taste of his Glaswegian reality.
With a great musical backdrop as well, ‘Celebrate’ is one of those hassle-free tunes that you can enjoy a cold beer too out your back garden.
After the enjoyment, light-heartedness and general pop-friendliness of ‘Celebrate’, we are brought straight back down to Earth with ‘Move Over’.
Featuring Rock City (from Akon’s label Convict Music) and Hussein Fatal ( from 2pac’s Outlaws) ‘Move Over’ is a gritty, urban track. Hydro shows off his darker side here, squaring up too the mic and revealing his true MC skills.
As flexible as his style is, elsewhere songs like ‘Move Over’ bring out his intimidating, gang-banger self with the chorus being surprisingly catchy. All artists put in a good shift here – giving something for both the devout hip-hop fan and those more interested in ‘bumping and grinding’ in a club.
To answer my earlier question, Hydro is what UK Hip Hop should be all about.