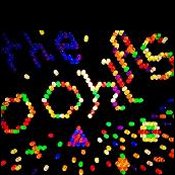 Performing at the likes of South by Southwest, hailing from Los Angeles, this US trio The Oohlas (Olivia Stone, Greg and Mark Eklund) are representing the good old fashioned indie sound heard brightly on their single, ‘Small Parts’.

‘Smalls Parts’ hits an old skool indie-vibe, which was made notoriously ‘cool’ in the 90s as a sub-genre to grunge. Following in the footsteps of US legends like Pavement and Dinosaur Jr, The Oohlas share their talent for writing catchy pop that remains alternative, almost straying into the psychedelic, as you’ll sense on ‘From Me To You’.

I think a shout out to their album is in order, as ‘Best Stop Pop’ has been out in the UK since Sept 2006. Go get it!