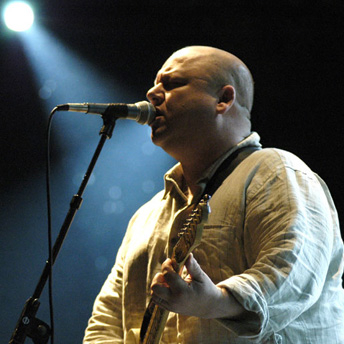 The most unlikely looking leader of Indie rock is back with this unapologetic aural assault.

When you can put “I was the lead singer and songwriter in chief with The Pixies” on your CV, living up to your name can be a job in itself.

That’s exactly the dilemma Black Francis faces. How on Earth do you even begin to match the success and ground-breaking trends of a band like The Pixies?

The answer is you don’t – you’re almost forced to plough a different furrow, but not so for Mr Black. On ‘Threshold Apprehension’ he continues in the same discordant, lyrically cutting vein which made him so well known to true lovers of good music.

Sadly though this single doesn’t match up to either Black’s reputation or his abilities. In and of itself it’s a decent effort – solid, suitably off key guitar work resounds, but it winds up sounding like a Beastie Boys derivative.

And of all the things you could charge Black with, being unoriginal is possibly the worst.

But it’s hard to come away from this track thinking anything else.

The lyrics are consistently biting, but they sound random somehow without the backing of a thoughtful, melodic backing.

Don’t get me wrong it’s good – but when you live in the shadow of former works like Black does, it just doesn’t amount to anything spectacular.