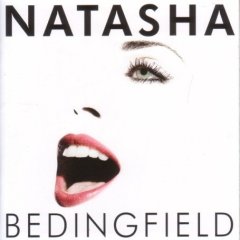 After a bit of a break Natasha Bedingfield is back with new album ‘N.B’. However, if this is the best she can come up with, she really needn’t have bothered. Although it’s not the cheesy popfest which may have been feared after the immensely irritating single ‘I Wanna Have Your Babies’, it still isn’t all that great with the only stand out track being ‘How Do You Do?’.

As for the rest of it, well the chilled out urban sound Natasha appears to be striving for becomes increasingly samey and just plain boring after a few listens. It’s not that the album itself is bad, as such. It’s just not really that good either and mainly only serves to show that the once relatively impressive Bedingfield talent is rapidly diminishing. A poor attempt which unless you’re given it as a present, isn’t really worth wasting your money on.