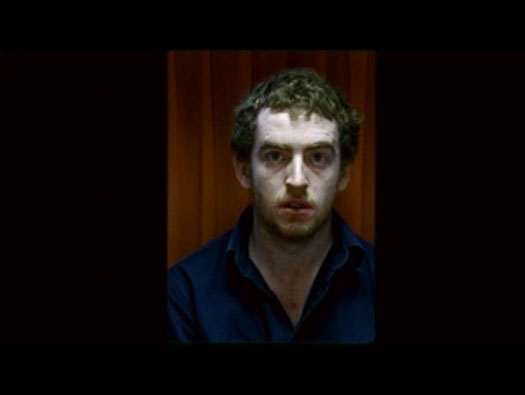 In the dark, gloomy almost gothic-like confines of the Oran Mor, once again the people of Glasgow’s West End and beyond congregate to sample another one of music’s singer/songwriters. It takes a special kind of music fan to come here on a dreary Monday night. People who love their music and in particular, people who love their individual musicians are the ones who have bothered to turn up here this evening (oh, not to mention cynical music jorno’s). And one has to expect the attraction here tonight is something to take note of. I mean lets be honest. These days a solo artist with an acoustic guitar is about as common as an imbecile in the Big Brother house and its with this in mind we come across yet another artist which falls under this category.
Stephen Fretwell comes with a big reputation. He has been mentioned in the same breath as classics like Dylan, Cohen and The Beatles to name but a few. And it’s a shame. It’s a burden that no young musician needs and really one that has been forced upon him by overexcited and idiotic music writers.
Although while Stephen Fretwell is most definitely not worthy to be compared to the aforementioned legends, what he does he does well. He graces the intimate stage of the Oran Mor with an uneasy charm and its clear that the eager crowd here are the type of people who subscribe to his variety of melodic alternative David-Gray style of music. Over the years Fretwell has carved out his sound and tonight shows exactly where he has arrived.
The new material like ‘Can This Be?’ and ‘William Shatner’s Dog’ brings us back to familiar ground although with his voice now somehow mutating into a kind of pubescent Springsteen-esque affair. Though Fretwell can really only be described as more the supervisor rather than the boss.
But without being too harsh, what’s presented here tonight is exactly what to expect. The crowd look on adoringly and probably without surprise, the highlight is crowd and radio favourite, ‘Emily’. The favourites aside, his songs absorb the almost zombie like crowd as they stare on through each tale of lost love, and each Damian Rice style female sweetener.