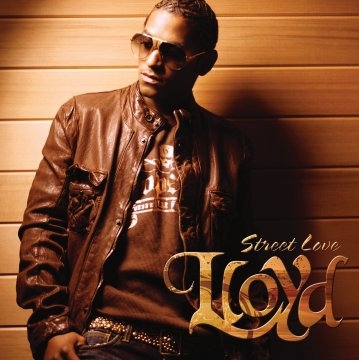 After a much publicised split with preteen group N-Toon, Lloyd has come back once more to leave his mark on the music industry and signed to one of the major management companies in the game, Sho’nuff records. His debut album ‘Southside’ was released back in 04 and included the hit single ‘Southside’. Lloyd returns with a new and exciting album ‘Street Love’, a highly anticipated assortment of pure hip hop and rnb flavour.

The first thing that stands out about the album is the unoriginality of the lyrics and sound. Lloyd’s lyrics are repetitive and simply sub-par; they do not do his outstanding voice justice in any way. Most of the tracks including ‘You,’ which emphasizes on his love for a girl, make it sound as though the two have never met. I don’t mean to sound too harsh, but the album can do with more powerful vocals. Lloyd’s voice is amazing and if you’ve ever seen him perform live, you’d know his passion for music is physically powerful. It’s only a shame that this isn’t projected through the album.

Apart from this mega flaw, there are a few bangers on ‘Street Love’ including ‘Get It Shawty’ and ‘Valentine.’ The best part is, Lloyd is still at the beginning of his career and has time to improve and come up with better material for the next album. Can’t wait till it drops!

Street Love is out NOW!