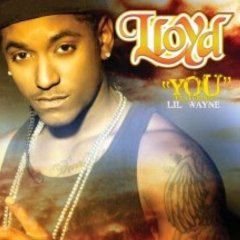 You is the new single from R&B heartthrob Lloyd. The ex N-Toon member has caused quite a stir in the scene, after he discarded a signing opportunity from none other than Arista Record’s, Mr Reid. Nevertheless, Lloyd knew exactly what he was doing, and if turning down a multi million dollar contract isn’t enough to prove that, then I don’t know what is.

The single features Lil’ Wayne who kick starts the track with a few bars, followed by some mega powerful vocals from Lloyd. You is very light and airy throughout, but the beat is very booty shaking and mellow. It kind of reminds me of the early works of Omarion and Chris Brown. I don’t know if this is the kind of style he’s going for, but it works. The length of the track is quite short (just under three minutes) but Lloyd tells enough to make the single a pleasurable listening experience. Nice one you!