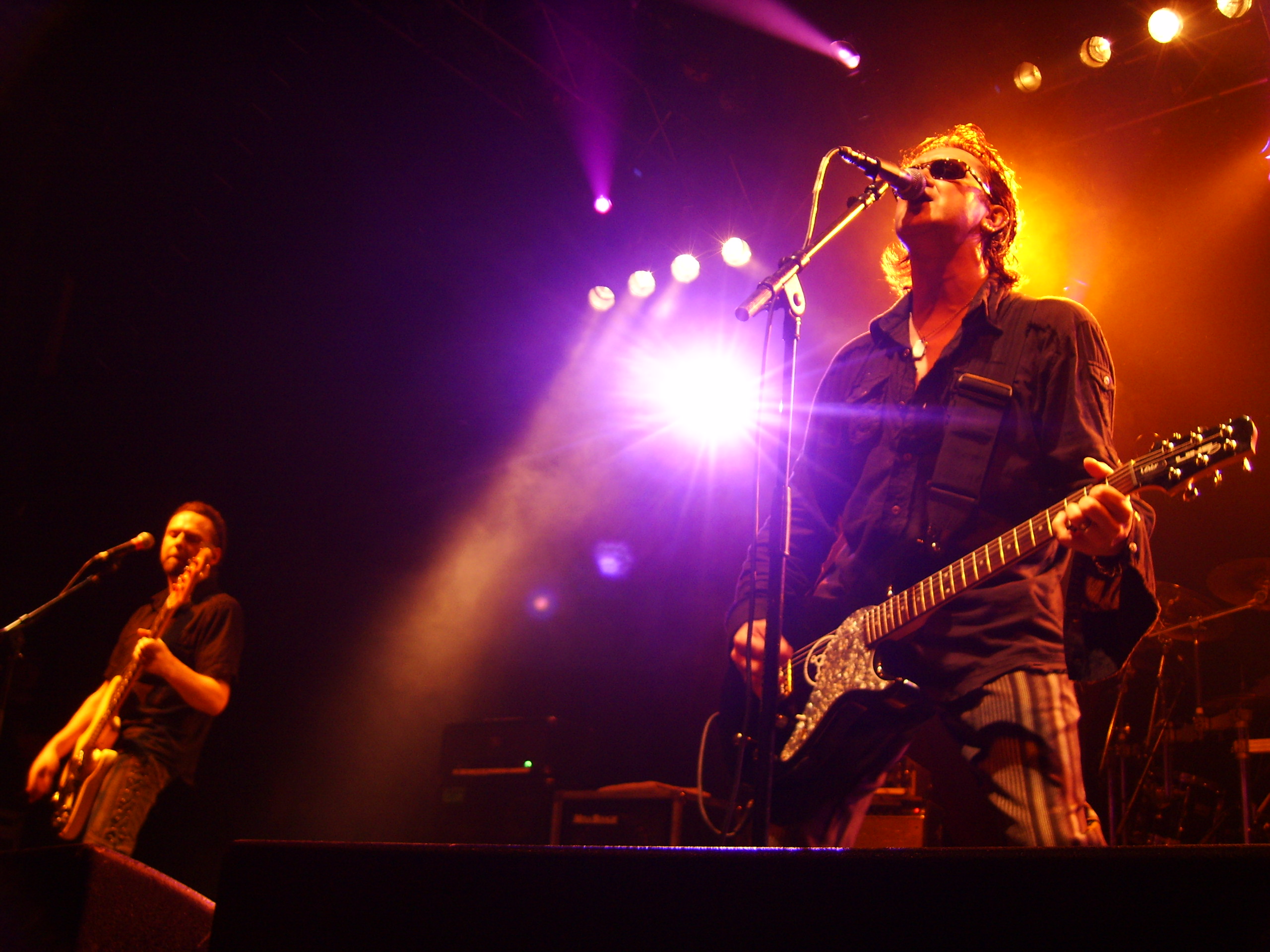 Wayne Hussey returns to our stages once again with a new, yet small line up to help promote the new album ‘God is a Bullet.’

The album itself is certainly an encouraging listen. Harkening back to some older material. As far back as that sweet guitar sound from God’s Own Medicine. Maybe their isn’t enough new evidence on the album though to suggest a strong new coming, and when you hear the selected new songs played live and you recall the good old tunes, it simply resolves you to the conclusion that the only thing better about being reminded of past fortunes is for them to simply play them. And it’s here where the Mission hit their strongest highs tonight.

It’s unfortunate to report that a much overlooked band simply can’t cut on stage what they have done time again on vinyl. Mission classics such as ‘Severina’ and ‘Hands Across the Ocean’ simply come and go. There are in fact very few numbers that reach out like they should. ‘Afterglow’ is probably the first example that proves what they should be capable of in a live scenario. And luckily towards the end, Mission anthems ‘Wasteland’ and ‘Deliverance’ strike the right note, although ‘Wasteland’ seems rather speeded up.

As of course Wayne Hussey is the last remaining founding member of the Mission – here doing is best 90’s Bono impression. It seems logical that he may have to take the brunt of the blame. But he is in fact the best thing here. His voice is easily as strong as you’ll ever hear it. The sound is also not a problem. There is just not enough passion here. It is far too easy to become distracted by other goings on around you when the band are being rather bland. The background playback could be scrapped for a proper synth player, and even acoustics/strings would be a very welcome addition to bring a more operatic and yet classical quality to earlier numbers.

So it would seem a band with grand plans needs the people to manifest the ideas. Which is such a shame as over 20 years of experience shouldn’t be so easily dismissed.