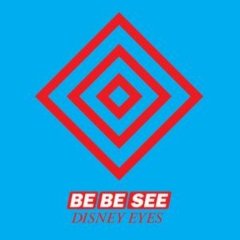 Be Be See – Disney Eyes

Be Be See. Brilliantly named they may be, but they’ve got a tendency on record to sound a bit like your mum’s favourite band. Coming across like a mix between soon-to-be-huge Mumm-ra and soon-to-be-huger Pull Tiger Tail, BBS (doesn’t really work when its shortened) are one of those bands its impossible to dislike but quite tricky to fall for too. There’s too much here that reminds of The Feeling for it to be a truly pleasurable listen, but this is still suitable lullaby music for the upcoming summer.

They may be going for a Belle and Sebastian meets Badly Drawn Boy mix but on this record they don’t hit it. There’s a weird feeling too that these are genuinely nice guys trying to make music that’ll make us happy so it’s hard to dislike them entirely, but there’s just not enough originality or sing-along charm to make their music as memorable as their name.