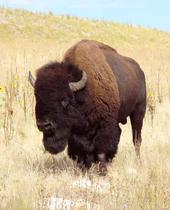 Awful name they may have but It’s A Buffalo are great little mix of two other bands with piss monikers – The National and Guided By Voices. Although the vocals may sound worryingly Brandon Flowers meets Tom Meighan, after a couple of listens they come together and the slightly gruff delivery fits these summery tunes to perfection. Actually ‘summery’ may be a bit misleading, because this is more like a glimpse of sunlight through the rain in February-not summer in the slightest but a little tempter of what’s hopefully in store.

‘Somewhere in Range’ in particular is especially loveable. Imagine Caleb Followill lying in the bath on a Sunday evening twanging his guitar and gradually being joined by the GBV boys and Albert Hammond Jr for a little mini hoedown and you’ll get some kind of drift. Towards the end of the track they even show the same kind of joy and enthusiasm that has made Slow Club the band to see live this month and marks It’s A Buffalo out as being well worth a fiver when they hit the local Barfly.

Over jangly summer drums and janglier guitars there’s contrasting lyrics along the lines of “I won’t go through this again and whine just like a pig, as long as you’re both fair to us we’ll steal your f***ing kids”. And maybe that’s what’s so instantly likeable about It’s a Buffalo – even though they’re making summery music that we’ve essentially heard millions of times before, they’re also threatening to slaughter our offspring, and for that we should be eternally grateful.