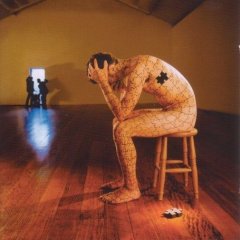 Biffy Clyro return with their forth album Puzzle, this album has been hugely hyped and Biffy have one of the biggest underground fan bases of pretty much any band in the UK right now. I have to say I was pretty eager with excitement to hear what they have to offer on this release. I was never a huge fan of the band but I always enjoyed the odd video on MTV and I always appreciated the fact that they took a pretty mainstream Foo Fighters or Idewild style hook but giving it their own extreme experimental edge.

The opening track Living Is a Problem Because Everything Dies, starts in huge fashion with a large string and choir backing which attempt to give the song a huge sound, whereas sadly the strings sound way too computerised and completely destroys the huge epic feel of the song.

The second track Saturday Superhouse, follows the real pattern of what this album really is, semi decent Foo Fighters songs. Not that is a tremendously bad thing, the songs do have a slightly heavier edge but I was really gasping for something a bit more experimental or extreme which would have easily have propelled them over the over glossy American style they have on this album.

Puzzle is sadly a work of a band that have regressed somewhat in their sound, if this was a debut release of the band it would be a huge triumph, but Biffy Clyro have such a reputation that old fans of the band on the whole will probably will be disappointed with the album. However, compared to a lot of bands in the Foo Fighters style this album is a huge success and will get the band a great deal of new fans.

There are a few signs of the old Style Biffy Clyro songs on here which I used to enjoy hearing so much waiting for bands like Stereogram and endless repeats of United States of Whatever by Liam Lynch on music TV. Semi-Mental is a good example of this but there are far too many songs on here which sound like Snow Patrol if they grew beards and started listening to Mars Volta: just a bit wrong and out of place.

This album will make huge stars of the band which is well deserved, it’s just a shame that it isn’t any of their earlier work which got them to this position rather than this disappointingly average effort.