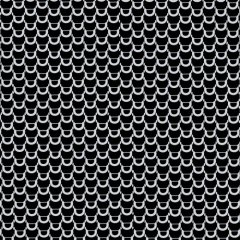 Sirens start the album (and the appropriately named ‘Intro’) and remind you of Primal Screams’ ‘Swastika Eyes’ but rather than fierce beats we get screaming, vicious guitars mixed with beautiful Lemon Jelly softness. This isn’t your average album, far from it; this is odd, addictive, eclectic and almost always utterly brilliant.

‘Familj’ is psychedelic, twisted, barmy and fantastic. So many bands these days, such as The Earlies and Soft Hearted Scientists, try in vain for the wonderfully blissed-out feel that this record captures but for Dungen it all seems to happen so easily and organically. It’s just what they do, and they do it so well.

Even though I’m sure ‘C Visar Vagen’ was on the Crouching Tiger, Hidden Dragon soundtrack, it again becomes uniquely Dungen with its mix of Sigur Ros melodies and Asian texture. Also uniquely Dungen is ‘Svart Ar Himlen’
(possibly the album highlight) which mixes an Explosions in the Sky rant into the score of a French art-house hit and produces possibly the best thing on the whole album.

The vocals on ‘Ett Skal Att Trivas’ sound worryingly similar to Serge from Kasabian’s piss poor attempt at what he likes to call ‘singing’ but if you can get past that then this is another album highlight. But what’s weird about this record is that even though every track is completely unique and original and bears near to no resemblance to the previous track, the album still works terrifically well when heard in its entirety. Somehow all these diverse tracks just sound better after what’s come before them.

If you wanted to criticise you could say there’s maybe a bit too much prog here that occasionally loses the way (the nine-minute ‘Mon Amour’) but that would be harsh as there’s more than enough here to make this a hugely rewarding and worthwhile album. Terrific and diverse (these even sitars on ‘Sa Blev Det Bestamt’), how the hell were these not my favourite band before this release?