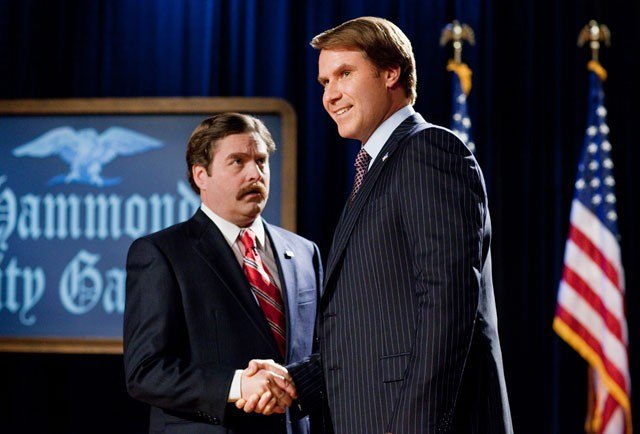 The Point in Cardiff and the new hot shots of Welsh music are due to play in a few minutes. Los Campesions have been earning plaudits from an array of suitors with the NME even joining the crowd in showing the love. The crowd is bustling and excited with several a Cardiff face wanting to check out the new Welsh wonders before they hit the heights later this year. To come close to filling the venue on a balmy summer evening in June is testament alone to their growing reputation.

The band have only just got back from the states and are only playing two UK dates before heading out to festivals in Europe and America. Once they stride out onto the stage they look more than pleased with themselves for creating waves back in the Welsh capital and proceed to launch into a highly energetic set. The songs are short, spiky and given to creating as much crowd frenzy as possible. The ground that The Automatic has made over the past twelve months would seem to be the path that Los Camp will plough as well. They leap about the stage with endless energy that even puts most of the gathered to shame, ripping through ‘You! Me! Dancing!’, ‘We Throw Parties You Throw Knives’ and ‘Sweet Dreams, Sweet Cheeks’ to the delight of those gathered. Just like the SFA, Los Campesinos have decided to be a happy band, unlike many Welsh outfits, and more power to them. Their live set is all about entertaining the crowd with every inch of their being, something they achieve without a doubt.

The majority of band members are still in College, which makes their on stage chemistry and tight performance even harder to believe. Perhaps it’s the folly of youth that shines through but it’s of no interest to anybody present as they simply carry everyone away on a cloud of perfect pop perfection gliding effortlessly like a swan on water. There can be no doubt that Los Campesinos are going to get major exposure in the next 12 months and why the hell not, they guarantee a great night out for anyone smart enough to attend.