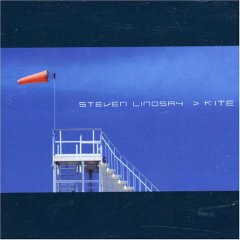 The title track of Steven Lindsay’s album, Kite, begins with a sombre piano before Steven’s deeply affecting voice hits you with stunning force, a voice that doesn’t just ask you to pay attention, it makes you sit up and take notice.

The brass section stirs beneath as the song begins to build, a sense of majesty and occasion being announced.

And then it all goes so horribly wrong.

Lurching into a distracting plodding rhythm, instead of arriving with a fan fare and standing tall the song simply falls apart, becoming a wishy-washy mess with few redeeming features. It could have built up into an epic sounding, well crafted, mini-masterpiece but everything is thrown into the melting pot with unfavourable results when holding back and leaving just a stripped down percussion would let Steven Lindsay’s voice cut through.