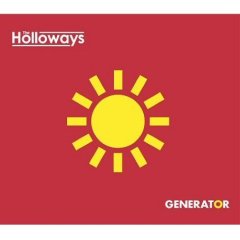 If you could get a record player and a generator, and generate the music that makes you feel better, this song would no doubt be top of your playlist.

This chirpy and contagious track has been knocking around since late last year and those in the know have been rocking the floors of indie discos with it since, and now, 8 months later, the rest of the world finally wakes up and takes notice of this absolute gem.

Much of the credit could probably be heaped on Reggie Yates and Fearne Cotton who have been using the hook as part of a weekend morning feature on Radio 1, and since the rest of Radio 1 seems to be catching up and adding it to daytime schedules you could very well be sick of it before the re-release even hits the shops.

But try not to forget all the reasons you fell in love with it in the first place, a catchy hook and a tune that bounces around like tigger on a sugar rush, this song deserves all the attention its finally gaining.