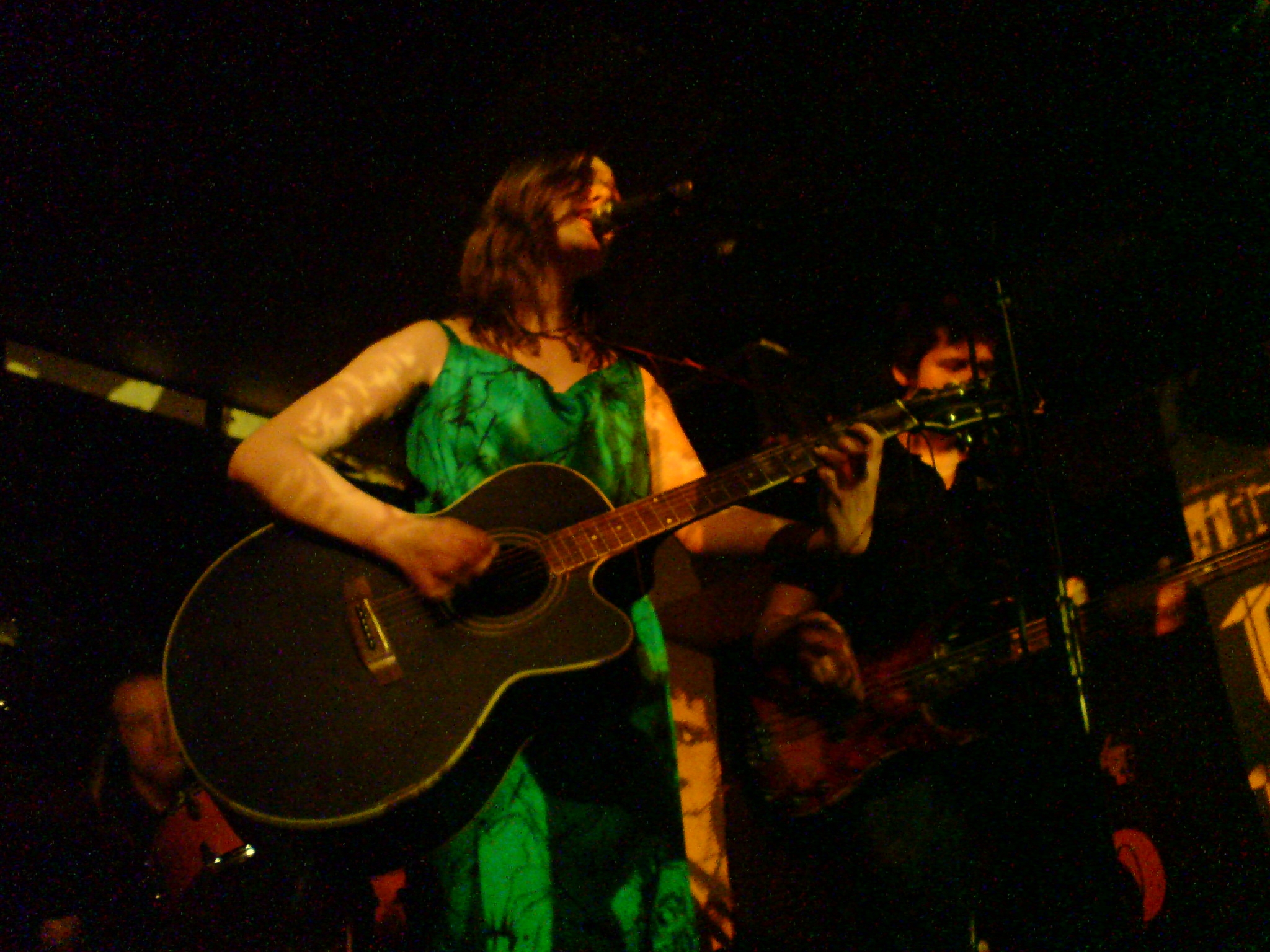 It is unfortunate when a band has to change names when outside forces come crashing down upon them. But it’s hardly a big stretch of the imagination to remember that ‘A band Called Quinn’ was once indeed a band called ‘Quinn’ (Anyone having trouble with that can leave now).

So slight name change aside – Louise Quinn and here company of 3 arrive on stage for their set at the Notting hill Arts Centre to promote some forthcoming goodies – which does include a new album (Sun Moon Stars). And they get right to business as every second seems to count. This is what is very impressive about the band – They don’t seem to skip a beat – and all look very VERY intent on getting things right. Stern, yet focussed faces imply that they are indeed here to do a job and they want to do it well. And they’ll get no complaints here. Familiar with the previous two albums ‘Luss’ and ‘Inbetween Worlds’ it’s nice to see some new material evident. And it’s also nice to see some changes as well. There is even more electronic tinkering going on here in a world that already encompasses jazzy-folk-pop.

Louise Quinn has a truly superb voice that you could imagine would carry any room it reached. This is the kind of music and vocal work that Sophie Ellis Bextor should have been doing when she was wasting time on mediocre dance-pop. But to be honest – even if she was – I’d still be listening to Louise Quinn instead.

It is refreshing that the Glasgow-based band prove where they come from by cheering up a bit in between songs with some friendly banter. So as serious as their music is it’s nice to see that they are actually enjoying it too. If there is any drawback here it’s simply that they didn’t get play for long enough and the venue is too small to accommodate them. Bigger spaces are what the band needs to be playing in. But with an already impressive back catalogue and a new album o the horizon – It can only be a matter of time before they get a decent enough break that will allow them better exposure.