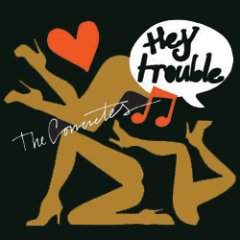 I’d love to say I liked this, I really would. It’s gentle, calming, pretty in places, and in its good moments, such as ‘A Whales Heart’, the band sound like a modern day Velvet Underground with a slightly less husky Nico. Also, there are some cool references, such as the line “I just walk away like Renee” and “even Stardust knew, music just sounds better with you.” However, no amount of cross-referencing or clever lines can save us from the fact that this music is both out of touch and difficult to like.

So much of the vocals seem to be out of tune, or slightly flat, that it almost makes for uncomfortable listening, and the dreary tone is the same from song to song. Even on the more accessible songs, such as ‘Kids’ and ‘Oh Boy’, the harmonies and melodies don’t quite sit together properly, and each track is so similar to the last that you barely realise it’s changed. An over-zealous use of reverb has left most of the instruments – including the synth parts – sounding as if they’ve been recorded in a cathedral, which may sound edgy and vital, but in reality, it’s just plain annoying. The vocalist has a lack of power in her voice, which in itself is not a problem, but coupled with the monotony of her tone, it becomes a major stumbling block.

If the band were throwing out some stellar tunes none of this would really be a problem – after all, most of what I’ve just said can be applied to a lot of Joy Division’s output – but unfortunately the songs are just hollow attempts at creating a vibe. On ‘Didion’, there are even some terribly-placed miniature synth interludes which just act as the nail in the coffin for me. Swedish pop is usually fun and energetic, so these guys are just letting the side down.