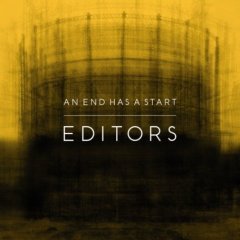 Editors – An End Has a Start

It’s a phenomenal work of art and it’s just good to hear that voice again. Hits? Editors have hits alright. Listen no further than opening track Smokers Outside The Hospital Doors. Worth the price of the album alone. One song, Ten pounds? Yes, it is that good. By now you’ve heard it enough on TV and radio. As a comeback single for the second album its on par with Brianstorm and its better than Ruby or Our Velocity. Thus keeping Editors in the top bracket of UK indie bands with Maximo Park, Monkeys, Kaisers and Bloc Party. As a vocalist, the sound of Tom Smith is naturally better than ANY of his counterparts.

If you loved the first album The Back Room, you won’t have a problem listening to An End Has A Start over and over. Others may find the album a little hard to stomach on repeat as the signature of the morose Smith can become a drone a few songs in. Track 6, The Racing Rats picks up the pace. After its piano intro the quick hi-hat tempo kicks in. Spiders, Bones and title track An End Has A Start are other single contenders but it easy to say this album has no weak tracks.

Editors survive the second album test, and with it produce one of the best singles of the year. Who knows, with so many second albums out this year we may be in for a repeat of last years best bands doing it all again this year.

The Weight Of The World contains the stand out lyric, “keep a light on those you love, they will be there when you die.” And the chorus, “Every little piece of your life will add up to one. Every little piece of your life will mean something to someone.” Enough to stop you dead in your tracks and put a tear in your eye but everything is different for everyone so choose your own.