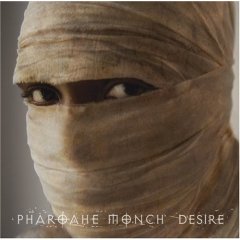 Thank God for MCs like Pharoahe Monch! In the sea of fake, gold plated plastic shit that US hip-hop is currently swimming in, there are precious few beacons of hop buoying on the surface – and the pharoahe is one of them!

An MC free of the superficiality that most embrace, as Scroobious Pip so eloquently put it: “guns, bitches and bling were never part of the four elements and never will be”, and none of them have a place in Monch’s armoury.

A rapper with a brain and a social and political conscience, he has an acute talent for getting his point across. He deals with real issues – like domestic violence and America’s epidemic of gun crime on ‘When The Gun Draws’. The Bush administration’s handling of Iraq and Hurricane Katrina on ‘Welcome to the Terrordome’ and the sorry state of Hip–Hop on ‘Let’s Go’. There’s no holds barred, he tells it like it is and it stops you in your tracks. “The US government is just a façade, the Catholic Church has ties with the mob”.

Outside of the essential lyrical content, he’s a man with an impeccable ear for a phat beat. ‘Push’, ‘Let’s Go’ and ‘Body Baby’ will get those hydraulics pumping and the clubs bouncing from dusk till dawn. Cleverly incorporating gospel, soul, r&b samples and even a brief dance synth, ‘Desire’ has a sonic depth that oozes flavour.