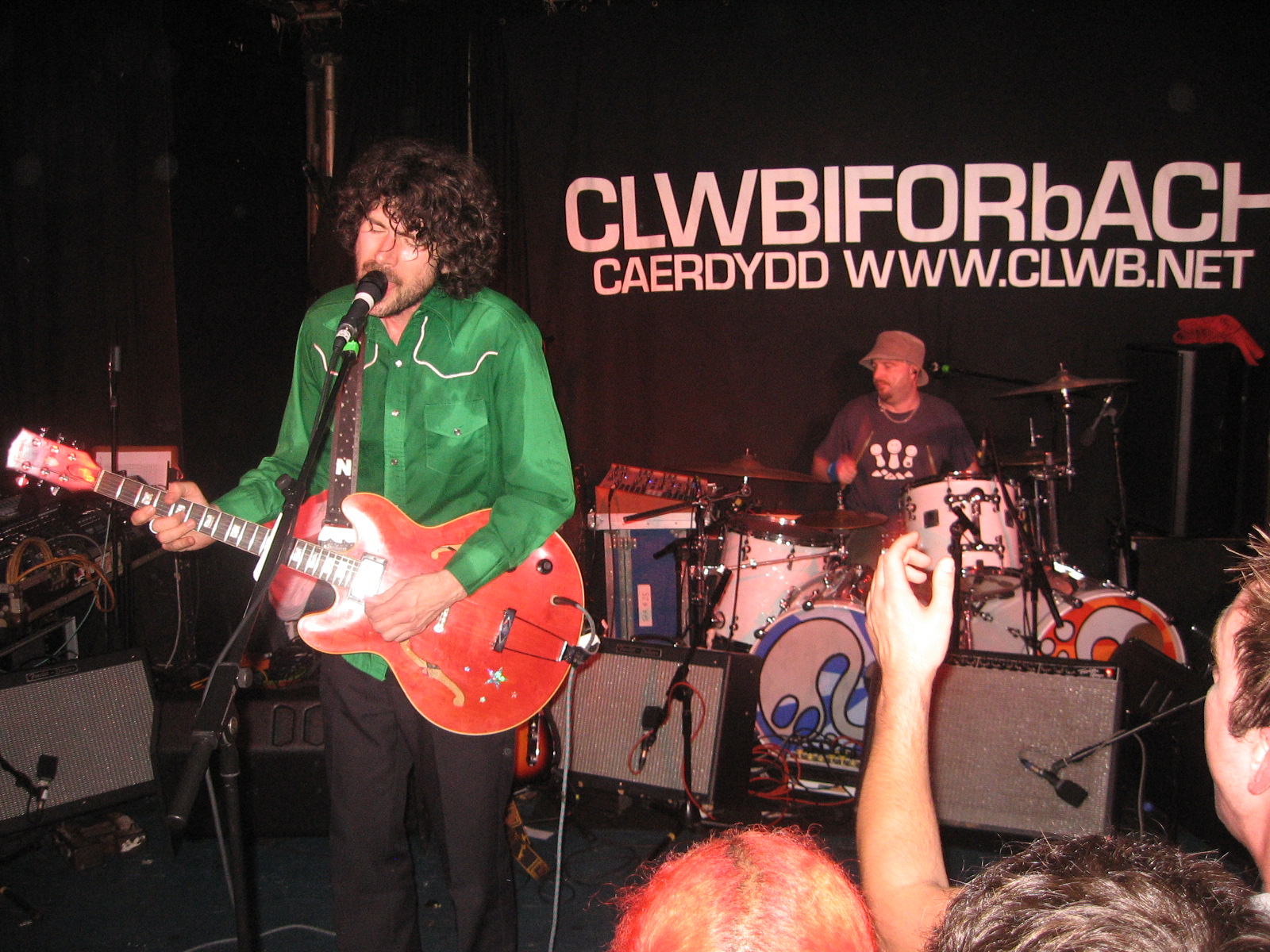 Turning the corner to the Clwb Ifor I walk past Mared Leni from Swci Boscawen, this is Cardiff and the celebrities are out in force, Welsh style. Tonight the Super Furry Animals play the small Cardiff venue for the first time since they signed for creation 12 years ago. Excitement and anticipation are in the air with the venue packed and ready to go a good thirty minutes before they get on stage. I’ve been told the Furries are on at nine thirty and just like a Swiss watch the lights go down at exactly that time.

The stage is small to say the least so it’s unlikely they will be breaking out any costumes or insane props this time round. The opening chimes of ‘Slow Life’ come over the venue and the band slowly make their way to the stage. Bumff is still sporting the huge beard and looks like he has just been picked up off a deserted island an hour before getting on stage. Having not played together since last August there is an air of chaos around the performance as they play Rings Around the World, ‘Golden Retriever’ and the welsh language track ‘Nythod Cacwn’ much to the crowds delight. The purpose of these shows was for the band to warm up for Glastonbury and debut some new material from the forthcoming album. The new tracks arrive in the form of ‘Runaway’, ‘Show Your Hand’ and the never to be recorded or released ‘Hot Clubs and Endless Nights’ which was re-titled to ‘Moped Eyes’ before ending up as ‘13 Moped Eyes’.

The Furries are back and everything is as mental as it always was. The new material sounds exciting and as promised more rockier than the songs on previous album ‘Lovekraft’. They play what Gruff calls their Christmas track before playing the Christmas from Hell track that could be enormous be the end of the summer. To close the night off they revert to classic standards playing ‘Northern Lites’, ‘Hello Sunshine’, ‘Ice Hockey Hair’ and the unstoppable ‘The Man Don’t Give a Fuck’.

Greatest band in the world is a big title to bestow upon any act, apart from Bono and his colossal ego. The Furries have been constantly the best band in the world for almost a decade and nothing looks set to change. They are wonderfully at ease on stage and could take any crowd in any direction. Their back catalogue is a frightening mix of rock, techno, ballads and everything in-between as they continue to explore the possibilities of sounds and performance.