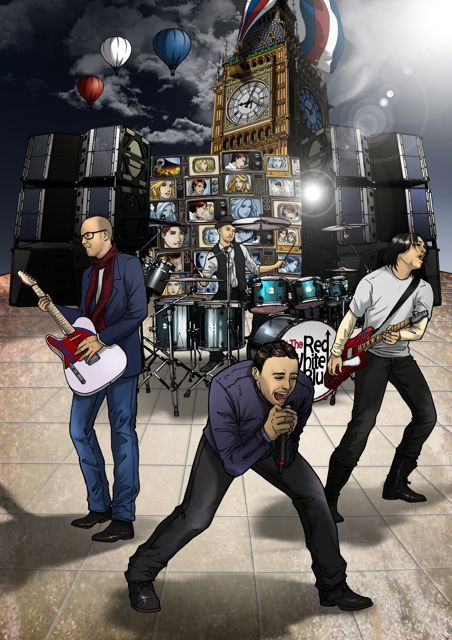 Ash – Twilight of the Innocents

The shockingly youthful 30 year old Tim Wheeler honestly believes that ‘Twilight of the Innocents’, the fifth LP from Ash, is the something special they needed it to be. Being a three piece again just like the good old ‘Girl form Mars’ days just isn’t special enough I guess! And to cut to the chase as I sometimes but seldomly will, I miss Charlotte Hatherly, who joined Ash nine years ago and left again to pursue her poptastic solo career , which coincidently, can boast of the 2007 release of her 2nd LP ‘The Deep Blue’. But we’re not here to talk about her are we. We’re here to pick the bones out of an LP that could quite easily pass for a ‘Muse’ out-takes LP.

So what have Ash brought to this new LP you might ask. Well, when a band try and change with the times, tweaking and morphing their sound toward more relevant ground, it can all end in tears ‘Ash’ admit that they’ve grown up and out of the wide eyed innocence that guided them in the early days. And it’s a shame. Venturing into the unknown, with a wider artistic scope hasn’t paid off. I wonder what it might have been like if they stuck to the simple bubblegum pop songs that got them here in the first place. I understand the motivation for modernisation and renewed drive, but aren’t there too many bands that sound like this these days, only with stronger vocalists. Sorry Tim!

With no real highlights to pick out, I’ll focus on the title track for a glimmer of hope. Tim’s vocal is notably huskier, reminding me of when ‘The Stereophonics’ did ‘Mr Writer’, with Kelly Jones sounding like Liam Gallagher. Yes it sounds good, but it’s not what we signed up for. 2m in and Tim sings the same line 8 times, taking it down to 4 times at the 4m mark. Some nice strings add to the song, but they don’t add enough to justify the uninspiring return of ‘Ash’. Oh Charlotte! Where did we go wrong?