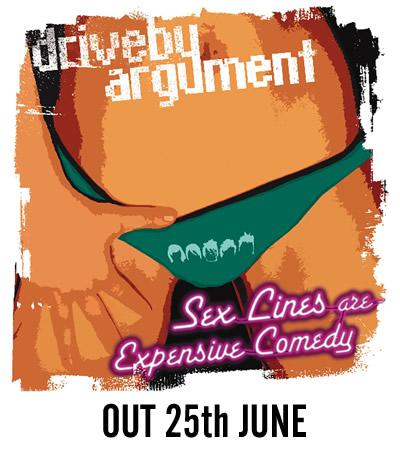 First off you have to hand it to the guys for what has to be one of the year’s most original band names.

But if you ever wondered (as you do) what a schizophrenic mind sounds like, as it greasily and hesitantly processes the shit life throws its way, this is the EP to listen to.

The first track is ‘Sex Lines are Expensive Comedy’. It’s a solid riff-led anthem, which is emotionally expressed, competently handled but futilely clawing its way through the heavy water of The Killers’ wake.

Its dirty bass line, doesn’t really separate it from the current wave of emotionally laden Indie-rock doing the rounds.

By far the most effective track on this mini slice of life is ‘Dennistown’s That Way’; an emotive plea, beautifully and effectively conveyed with a restrained choice of instruments.

Whether intentionally or not, the song sounds like an Adam Duritz demo in the hands of a master producer.

Admittedly it’s difficult to judge on the basis of so short an EP, but this is a remarkable insight into a band full of ideas. Hopefully they find a single voice before releasing an album.

The bottom line is there’s something here for everyone – especially us nutters!!!