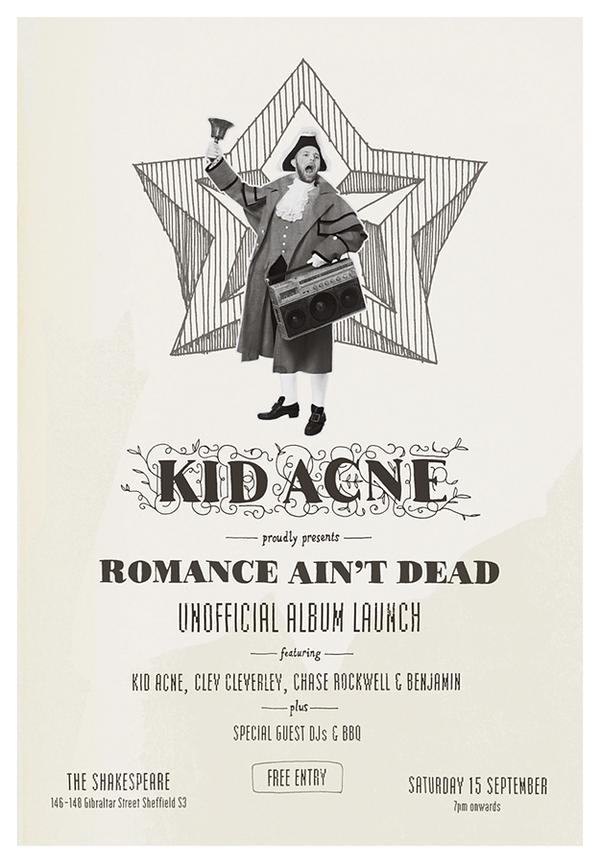 This is classic ‘people who just fell into music through boredom’ stuff, which seems to be getting more prevalent. That’s not to condemn it out of hand. It’s like old 4-track music where you get a ‘beat’ and then ‘spit’ on it. Innit.

The Kid Acne crew isn’t completely without charm, although I have visions of Goldie Looking Chain style geezers bouncing around the stage with crippled postures, each taking turns to enlighten you with their highly philosophical take on the modern world. I can’t really see them winning any awards but it probably has a place in the aforementioned arena. It’s a bit clichéd but there are some nice break beats in there which take me back to the days when everyone used to hurt their knees impersonating break dancers who actually knew what they were doing.

In short, it doesn’t particularly offend and you might want to chickee check it out if you can’t be arsed to listen to the good stuff from the first generation of Break Beat music. But there really is no need to boast about having ‘two friends like a drug dealer’. Even I have at least three. Maybe we could do a ‘chat off’ sometime.