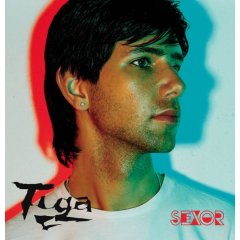 Tiga – You Gotta Want Me (remixes)

Obviously riding the crest of the nu-rave wave and a rejuvenated interest in all things electro, Tiga’s 2005 single receives a re-release and remix treatment for 2007.

Why this approach is necessary at all is beyond me, the original was a perfect combination of everything cool, Tiga, the original pretty boy of electro-clash was ably assisted with co-production from none other then Soulwax’s Dewale brothers and guest vocals were provided by Scissor Sister’s flamboyant frontman, Jake Shears. The result was an understated electro hit that oozed charisma and sexuality.

Van She and Tocadisco handle the remixes in this package, Van She’s version turns everything up a notch, the tempo, the filthy acidic beats and the seductiveness of the vocals, tweaking it into a more rampant animal on the dancefloor. The Tocadisco remix takes it further in the opposite direction, stripping the song back to a more minimal dance beat before building it up with effects and a lurching waspy bass line.

These two new takes are exciting, the Van She remix certainly gives the original a run for its money and a new lease of life although Tocadisco’s effort is hardly essential.