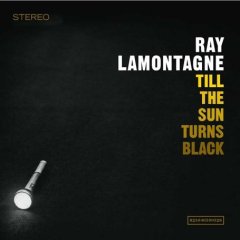 His name has the whiff of posh French wine, his face looks like it’s been in the desert sun too long and his music has the air of the desert too.

The man who brought us the incredibly raw and fresh ‘Trouble’ is back with his second album.

It’s the kind of music you’d expect to hear accompanying an advert for a load of colourful bouncing balls, causing traffic mayhem on a sunny San Franciscan street.

But there’s more to it than that.

‘Be Here Now’ is an atmospheric introduction to the album, a fairly meandering, and directionless slice of ambience.

And when you think this is just another atmos concept album he hits you with the catchy single ‘Empty’ which has all the traits of a chart hit.

It’s on the title track though that you’re stopped dead in your tracks. ‘Till the Sun Turns Black’ is a song Lennon/McCartney would have been proud to write. In fact it would pair well with ’She’s Leaving Home’. It’s a sad, teary emotional track with a gorgeous sighing string section.

In it Lamontagne takes all of the loneliness ever experienced in the world and pours it into three minutes of pure heartbreak. Whether it’s the “young and pretty” or the “old and lonely, walking through the parks, pushing grocery carts” he covers the spectrum of isolation.

Pure class – and a certain contender for the song of the year.

You’d be forgiven for thinking that Lamontagne is an old geezer, with his voice which sounds like a lot like van Morrisson‘s. He’s not though – I’d like to think he’s one of those rare individuals who are born with an older, sadder soul – with stories to tell and lessons to teach.

Listening to Till the Sun Turns Black, makes you wonder if Jim Croce isn’t somehow chanelling his music from beyond the grave.

An album you can’t afford to be without.