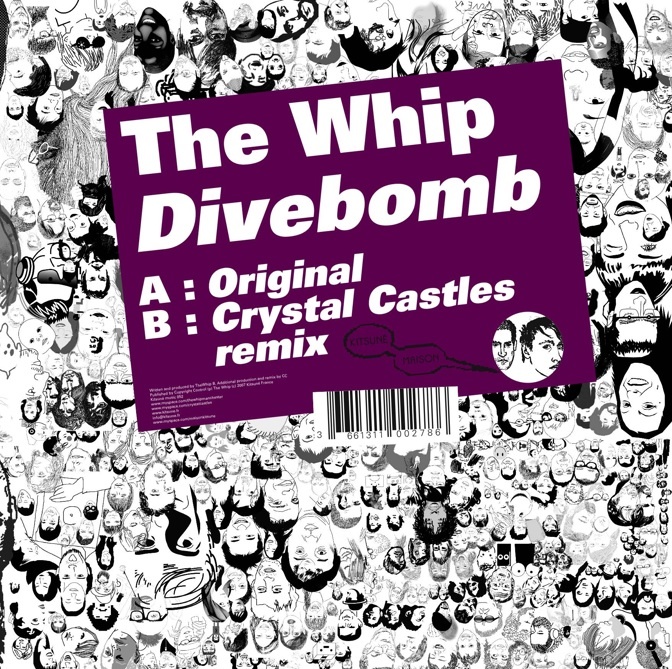 Sexy, filthy, sassy – whatever the band name ‘The Whip’ evokes to you, this single is the epitome of it. Disgustingly dirty electro riffs, a beat you can’t help but rave to, and for some reason a vague air of Japan means that this song gets your head nodding and your feet tapping.

Building up the instrumentation and the pulse throughout its 5 minutes and 45 seconds, ‘Divebomb’ enters your consciousness surreptitiously and takes it over from the inside. You hardly realise its playing until you’re up throwing shapes in the house of dance and blowing the whistle that’s suddenly appeared round your neck. This ability to control your mind throws up worrying questions – are the Whip hell-bent on world domination? Am I already in some sort of trance? Are my words and actions my own?

But then again, it’s a banging track, so who cares?