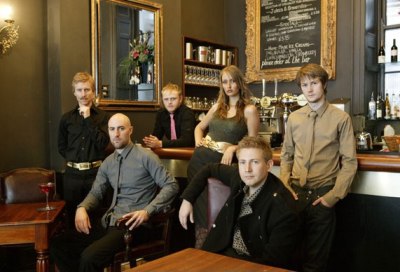 Seagull Strange is a strange name for a band; I would recommend Grebe Peculiar or maybe even Albatross Odd as other possibilities for better names, although they do lack the formers snappy alliteration. Anyway, I had some hopes from the name and rather unusual single cover that the band would prove to be something special – maybe a mini prog masterpiece. It does seem that when I have these moments of giddy child-like excitement I set myself up for a mammoth disappointment, sadly this single is no exception.

La La La Lay is a truly forgettable song, it sounds like a song that the 22-20’s would have quickly discarded and the 22-20’s don’t do much anymore. Starting with a textbook blues rock riff and vocal combination, and rocking out slightly in the chorus the song goes no-where fast. The “you’re doing the best that you can” refrain gives the song a bit more melody however it doesn’t really work too well as it makes the song far too repetitive. With the number of rock and roll bands applying their trade in music recently, bands really need to raise the bar to get noticed – Sea Gull Strange have lowered the bar so far it’s barely scraping the floor.

The B-sides are pretty poor. It seems that with the three original tracks and remix offered on the single the band attempt to bastardize as many popular Indie bands as they can and in turn remove any shade of originality that they might have had. Infested Waters is a horrible early Radiohead like psychedelic effort whilst Black Day Dawning is a bad nineties style Indie ballad, which compared to tracks from recent albums from bands like The Decemberists proves no comparison whatsoever. The Remix is best not mentioned; where accapella vocals are slapped around the face with some of the worst orchestral music I have heard this side of a third rate Norwegian Metal band.

Sea Gull Strange have the look of a band that could do something big, but they need to give their music more originality rather than doing poor versions of other successful bands: all in all it’s pretty la la la la lame.