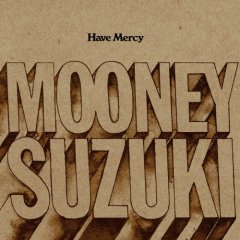 The title of this album ‘Have Mercy’ is surely not so much an audio-political statement, as a plea to music critics to go easy on this offering, which at times borders on the farcical. This is the closest I have ever got to swearing in order to express my opinion of a band – but no man’s put me down yet.

‘Have Mercy’ is a sort of funk/pop debacle and it would simply be too cruel to liken the band to anyone. Every song is like a terrible straight-to-theatre musical and the singer just can’t cash the cheques. The CD sounds like some demo that was made after-hours by the cleaner and the junior sound engineer in a naff old analogue studio one drunken night. Only on returning hungover the next day does the naughty engineer discover the true extent of the tuning issues on this regrettable recording.

There are a few nice intros but they are almost immediately spoilt by a penniless vocal and lyrical performance which has no conviction. Who needs real notes when you can just repeatedly slur between a couple of unnamed octaves? He might as well not have listened to the songs whilst he was recording them. Maybe he didn’t. Who knows what goes through these poor peoples’ heads.

In short, I think this is what hell is like.