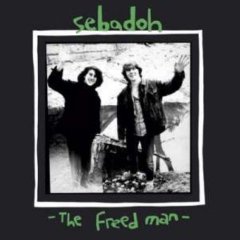 From the school of music which gave you Ween and Beck comes this unusual series of recordings from the late 1980s.

And don’t listen to the miserable gits who would tell you that you don’t get value for money these days when it comes to CDs. There are 52 tracks on this album. But don’t worry they’re mostly around the 1 minute mark.

The opening track ‘Healthy Sick’ is enough to convert even the most staid music fan a lover of Sebadoh; unfortunately they seem to lack the desire or will. This is straightforward Beck thrown up with a phlegmatic dose of reality.

They then move on to try your patience with a discordant guitar attack, accompanied by what can be most fitfully described as an impassioned vocal.

To discuss each and every track is a feat beyond even this most tolerant of reviewers.

The bottom line is this is a sincere offering from a band purely out to free associate. There’s something to be said for that.

Whether it’s something you’d like to listen to or not remains something only you can answer.