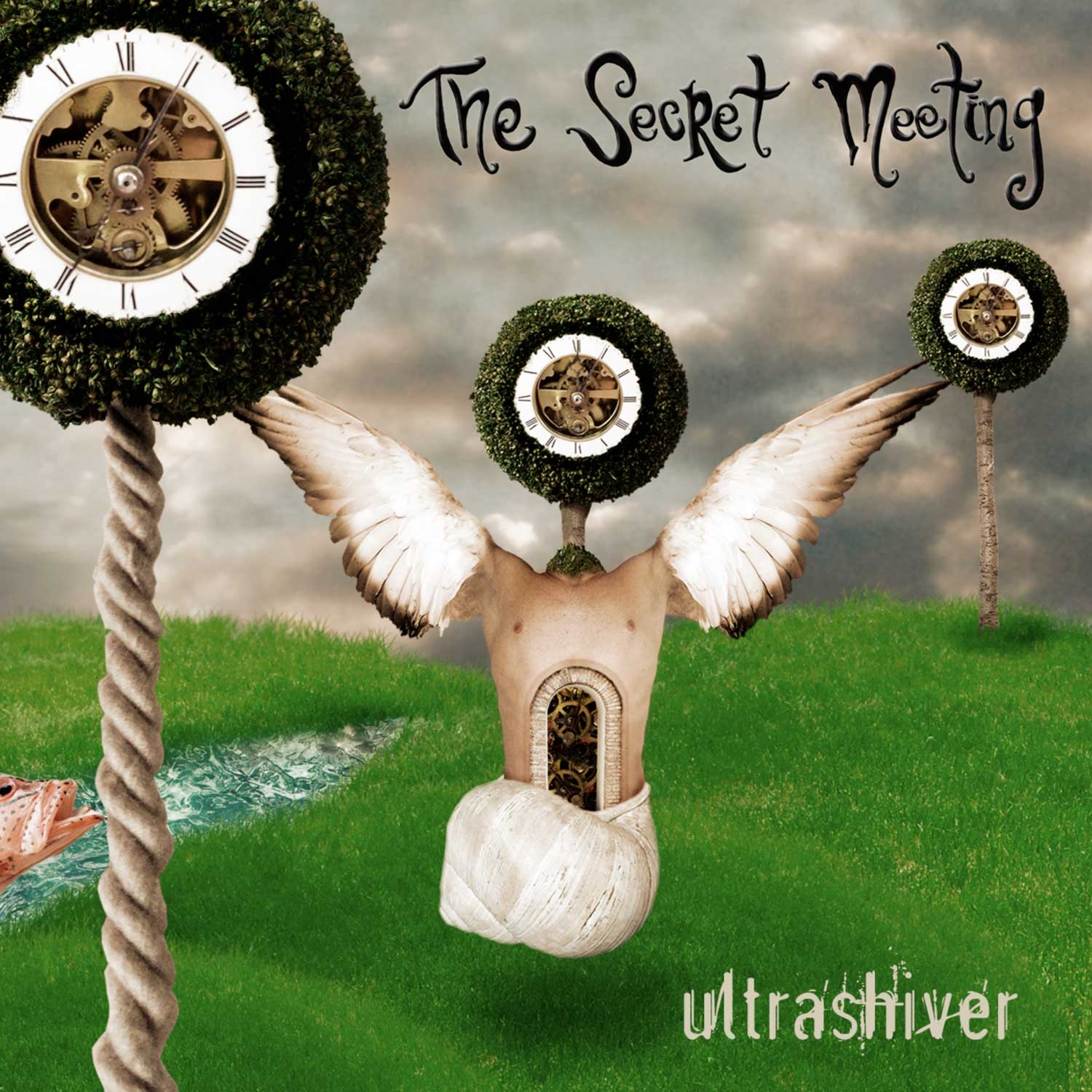 The Secret meeting is an experiment that will make Darkwave fans literally scream in joyous union. And it is a Union that The Secret Meeting is all about. It’s basically the coimbination of three very talented muscicians and songwriters. Two of which (Static and kaRIN) already have their own band formed in LA (Collide). The third member is the UK’s very own Dean Garcia (One half of the musical front for the now sadly split up Curve) who for the better part of the last decade has been toying in the electronic experimental arena.
The simple idea: The UK part works on some songs and then sends them to the US counterparts to fiddle with. They are then sent back for the final polish and hey presto! Without them ever meeting in person – they have produced the album ‘Ultrashiver’ – under the rather quaint band name of The Secret Meeting.

The album opens with a track that makes no game about what you are in for. And it is also made abundantly clear to those that have been fortunate enough to have discovered the artist’s previous work that the shoe fits. ‘Touch’ keeps things at a fairly low tempo, but is intimately seductive. Static and Garcia keeping the distortion right there, but the noise level is kept on a par wth kaRIN’s whispery cooing. Match made in heaven? Sounds like it was sound engineered there too. But it’s hardly suprising. Although Collide have their differences from Garcia, they also have many similarities, and Collide are self-confessed fans of the Garcia/Toni Halliday collaboration.
This is followed by the very catching ‘Am I Here’ which the band have been using on their myspace to help promote the ablum. So in essence it’s kind of like the first single of the album. And is certainley one that sees kaRIN and Static in particular do what they do best. It does indeed sound like the balance went far over into the Collide camp than any other track on the album. There is just no denying kaRIN’s vocal superiority. There is also a very seductive eastern influence in which Static has incorperated so effectively in the past with Collide. Dean keeps the level; The gorgeous ‘Soul Creeper’ proving his past as a bassist, and present as a techinical experimentalist.

The remainder of the album is just a jaw droopping exercise of how they make this kind of work easy. You’d think they pulled clichés out of a hat and thought they’d have a pop turning them on their head. For Rock Anthem-esque – See ‘Beautiful Noise Machine,’ this track is full of so many riffs and beats you’d heard from 100 bands before, and they totally make it their own and even make it a tune that you know you’d get excited about hearing live (But let’s not get ahead of ourselves).

Fans of both parties will not be dissappoint, and it certainley whets the appitite for as Collide are curently working on their next album. For now, The Secret Meeting acts as more than just filler material.